For Edicola Radetzky, David Casini designs a sculpture that arises from the stylization and decomposition of the image of the Madonna Casini, also known as the Madonna of tickling, a small painting made by Masaccio in 1426, commissioned by Cardinal Antonio Casini and preserved in the Uffizi in Florence. Intrigued by the homonymy that ties him to Masaccio’s work and by the particular gesturality of the hand of the Virgin that tickles the Child’s chin, Casini selects and synthesizes some fragments taken from the painting, recomposing them in a slender metal structure that turns on itself at a very slow pace. The two-dimensional image is translated plastically into a complex composition of objects of different materials, arranged in delicate balance of weights. Among the different abstract elements appears the figurative detail of a hand, a fragment that humanizes the entire composition, bringing it back to the starting image and producing a feeling of empathy in the observer. The Edicola Radetzky is then interpreted by Casini as an actualization of the classic votive temple, in which the sacred is rendered in its impalpable lightness. Casini’s work calls for a slowing of rhythms, a slow observation of the preciousness of the details that contrasts with the aggressiveness of the advertisements that characterize the urban landscape. 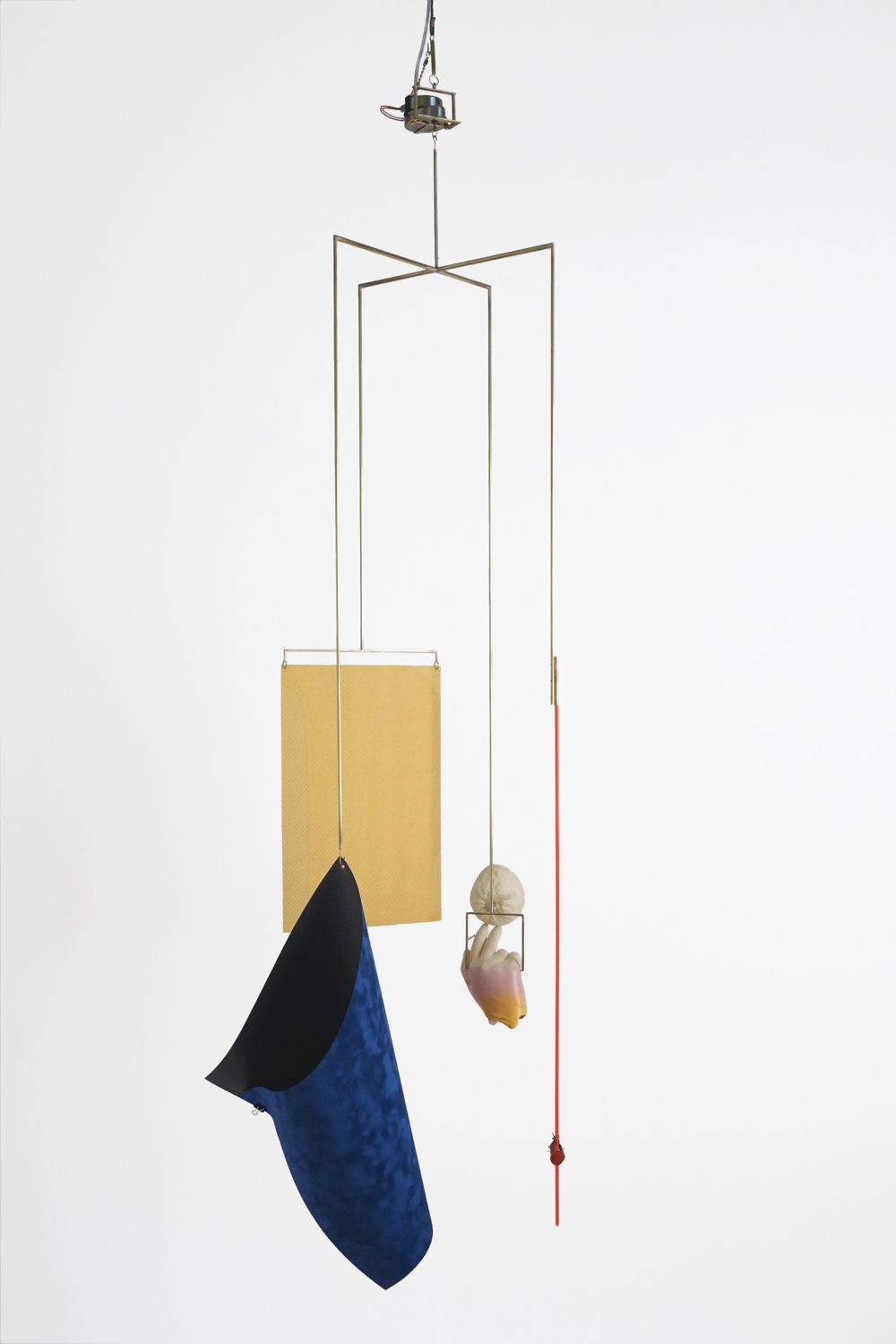 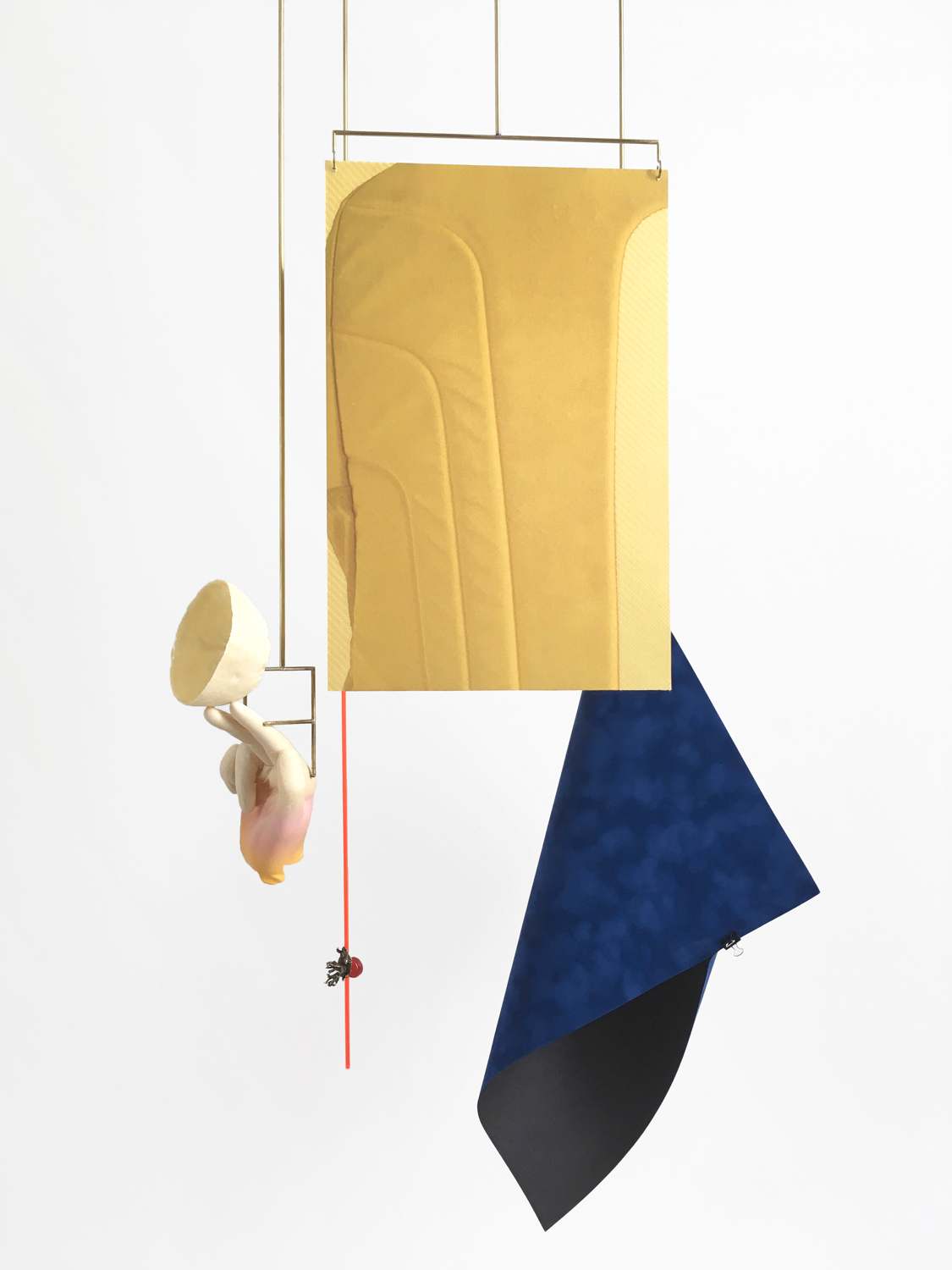 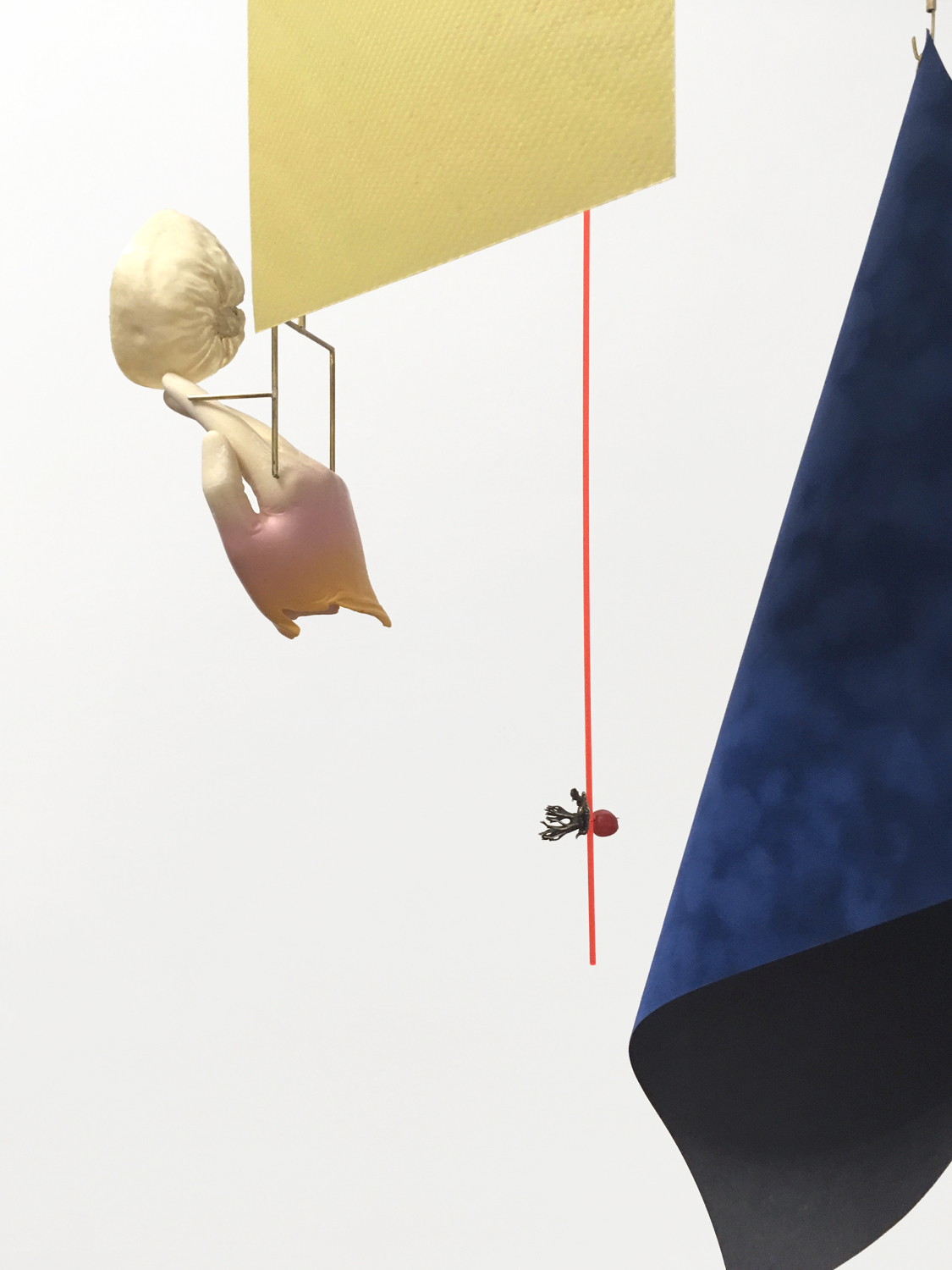 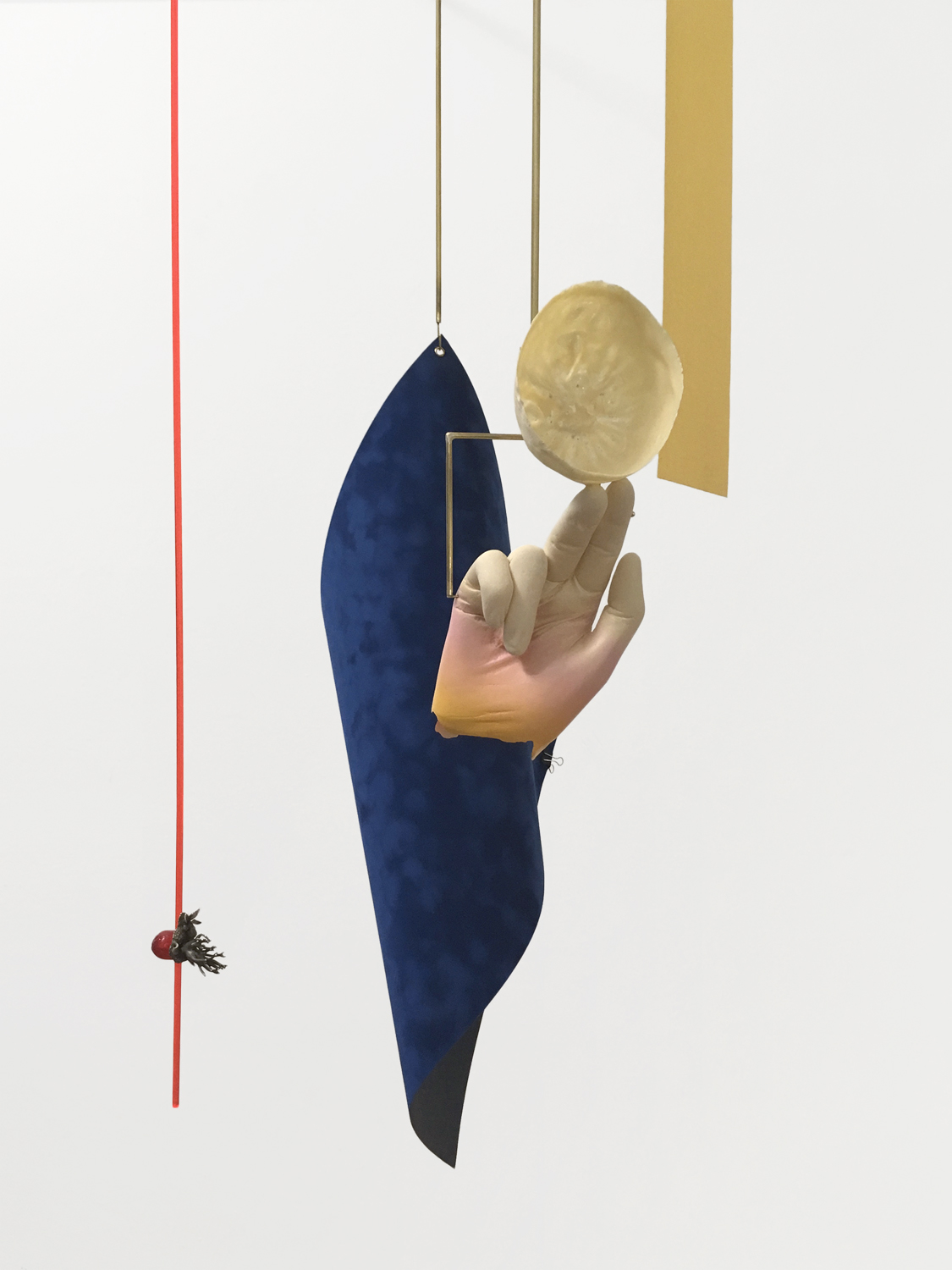 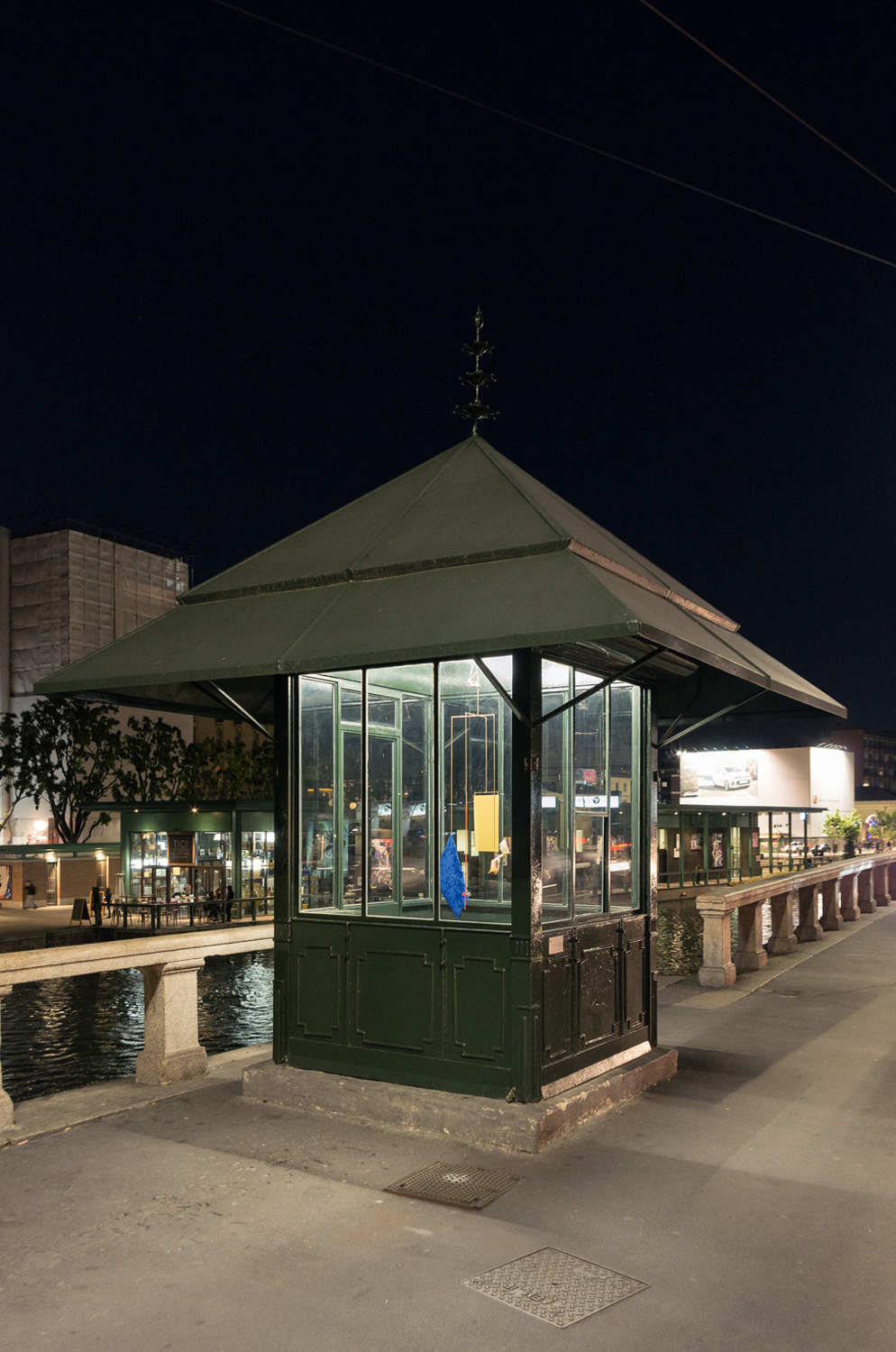 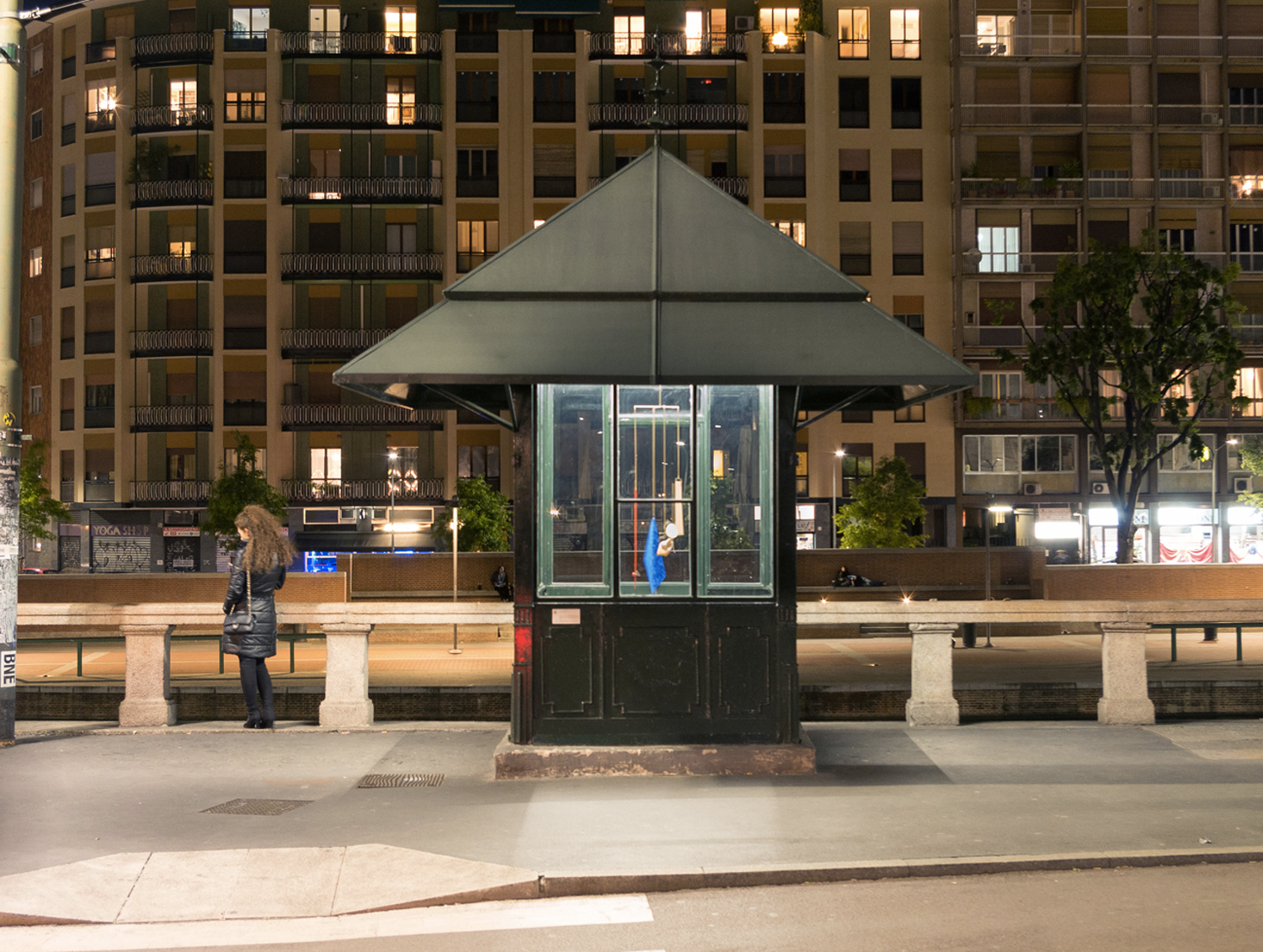 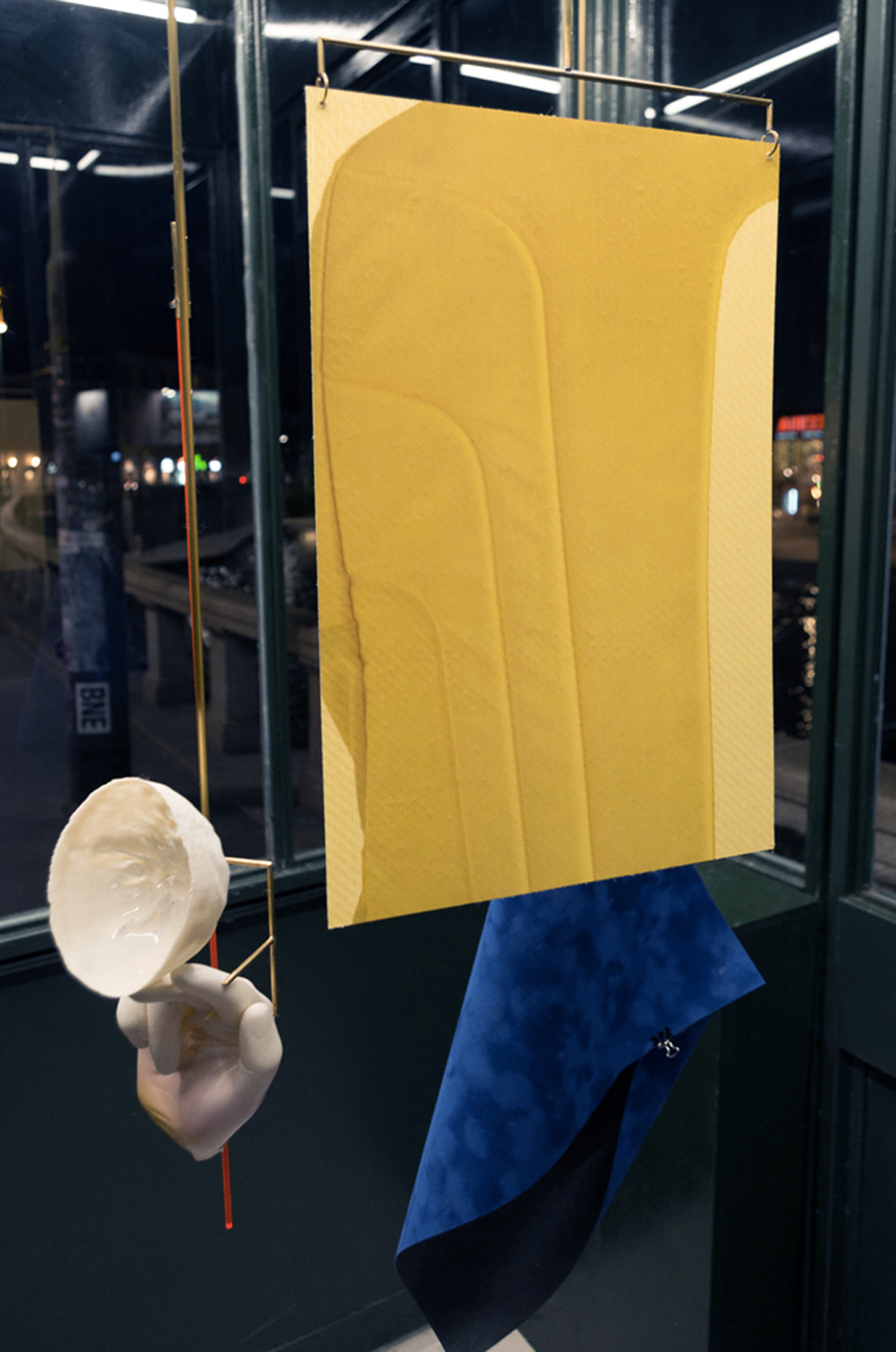