On his second solo exhibition at the gallery CAR DRDE in Bologna, David Casini presents a series of unpublished sculptures on the theme of landscape. His native Tuscany is the centre of his world but instead of its panoramic views known all over the world he focuses on places where the gaze does not usually stop, the ones which are likely to be forgotten. Following precise perspective geometries, photographs of these rather common territories, taken with a mobile phone, are placed on perforated aluminium surfaces and tempered crystal screens used to protect smartphones and tablets. Once locked and suspended, digital images acquire a quality far from the transience to which we are used to, a relevance that they probably do not deserve. A national route at the sunset, an old water bottling plant, a gas pipeline, scrapped posters, a sign board with the inscription “Nirvana”, which has nothing to do with the Buddhist doctrine, but simply indicates a club in the Valdarno. The two-dimensional landscapes, reproduced on supports strongly temporally connoted like the models of the digital devices to which they adapt, dialogue in an alienating, almost surreal way, with some enigmatic objects that gravitate inside the sculpture space. These shells, modelled on organic and mineral elements, are like still life representation, suspended above carved wooden boards that remind us of the flooring of the exhibition halls of some important contemporary art museums. Landscape, still life, architecture, and at last, museum: it is no coincidence that this light and little universe that contains everything is guarded and protected by a glass case that is freestanding, and becomes at the same time a container and sculptural structure. Like celestial bodies, each sculpture dialogues with the other, but it is at the same time independent and autonomous, in a perfect state of balance between frozen passions and senses, beyond any rational thought. Nirvana. 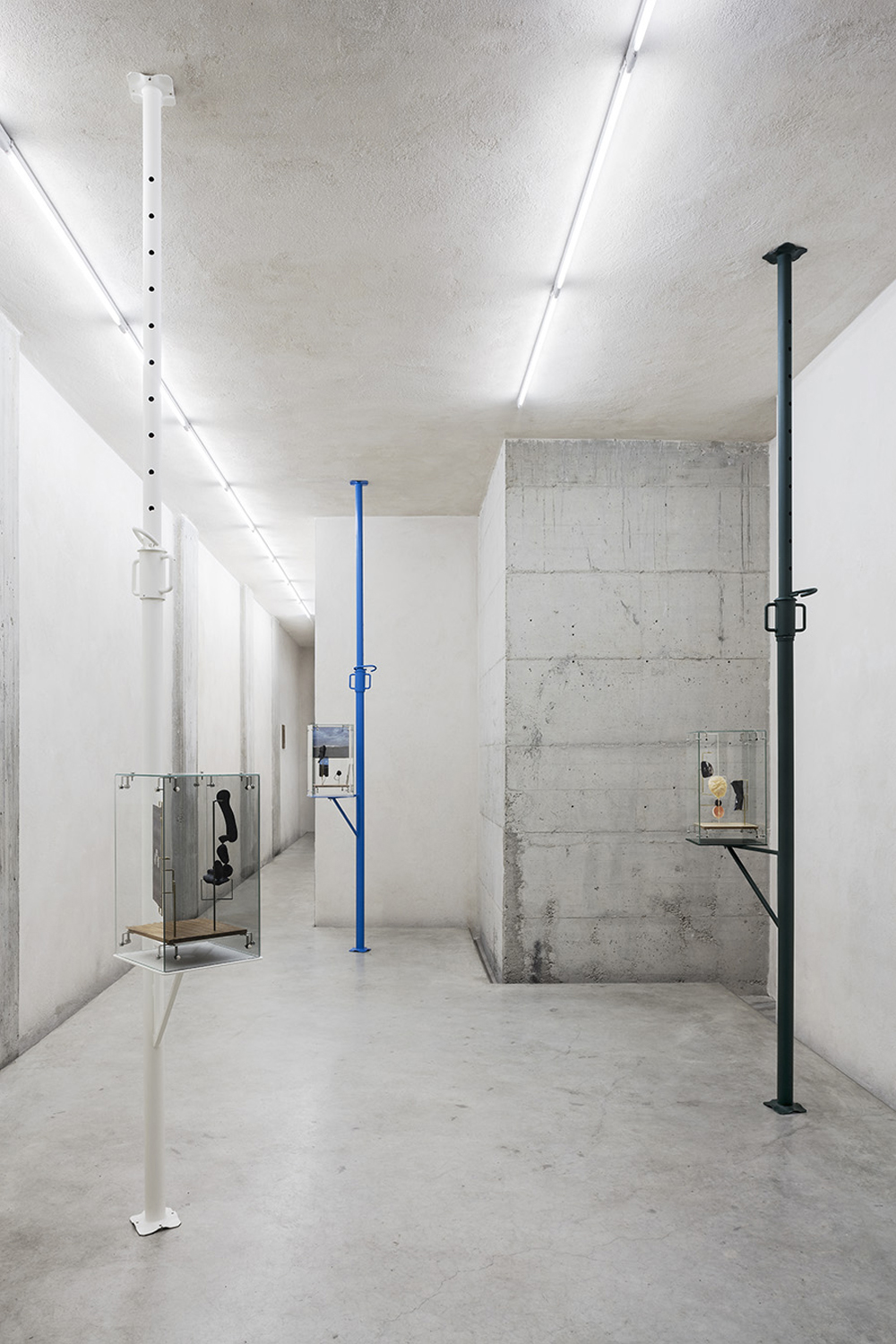 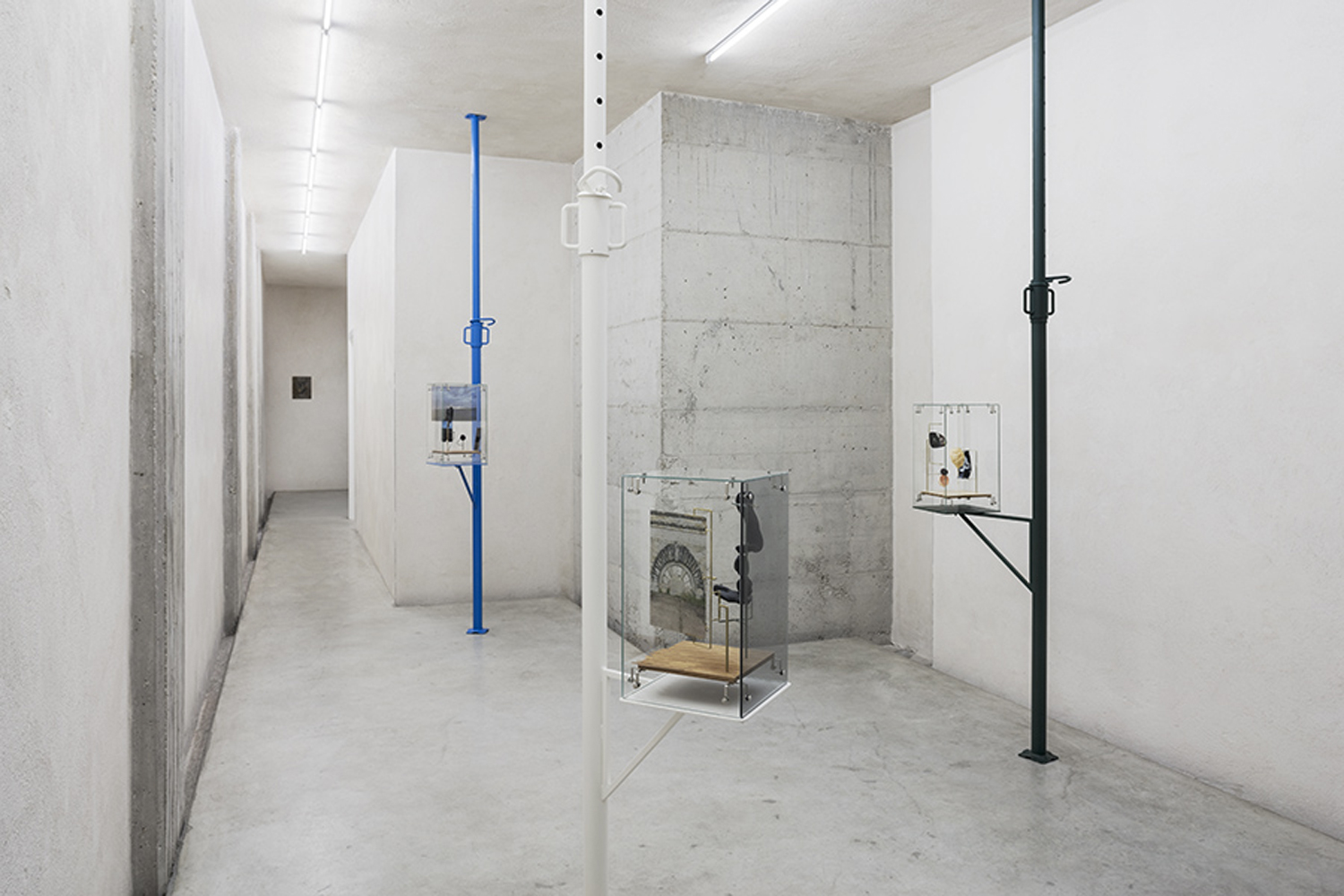 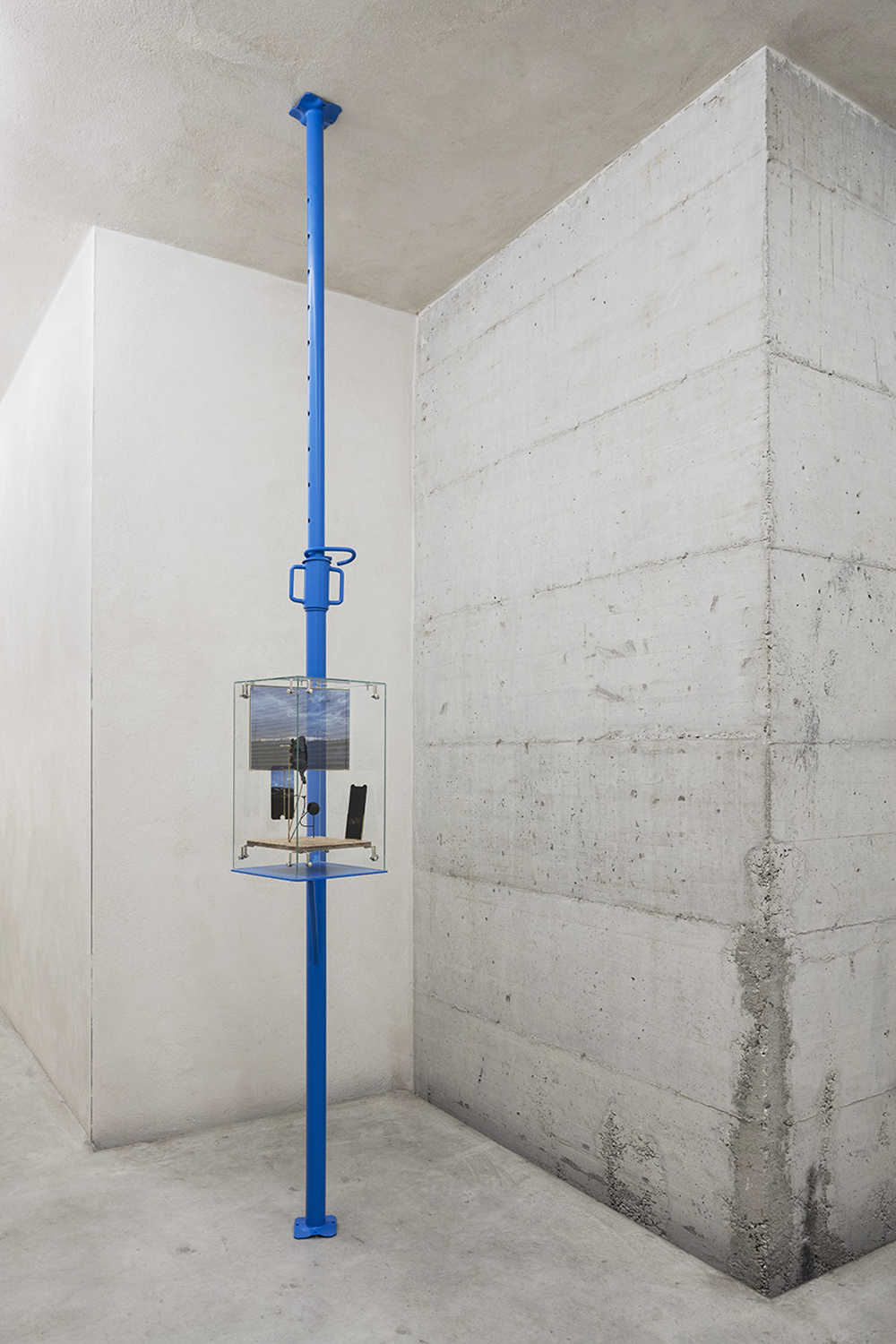 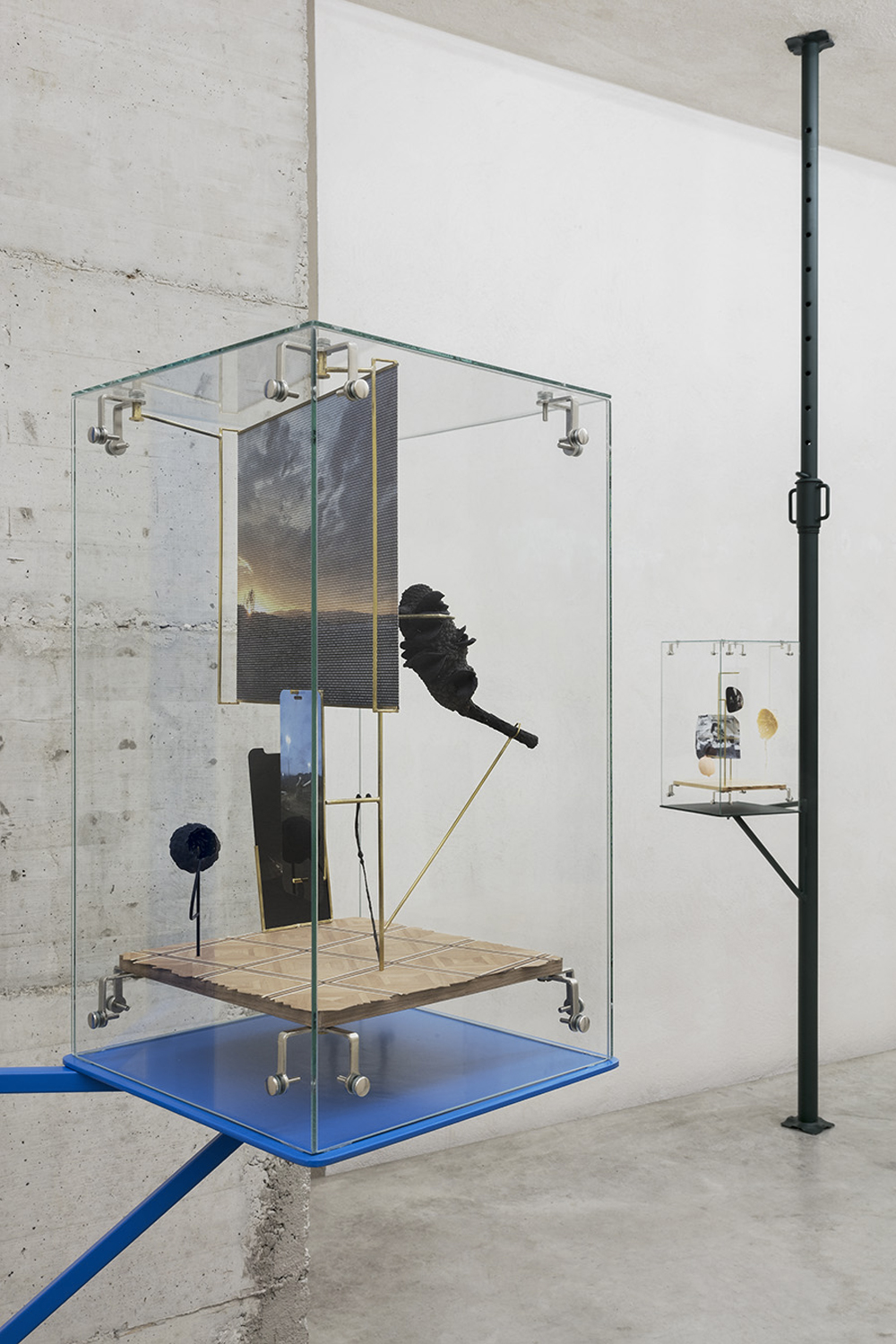 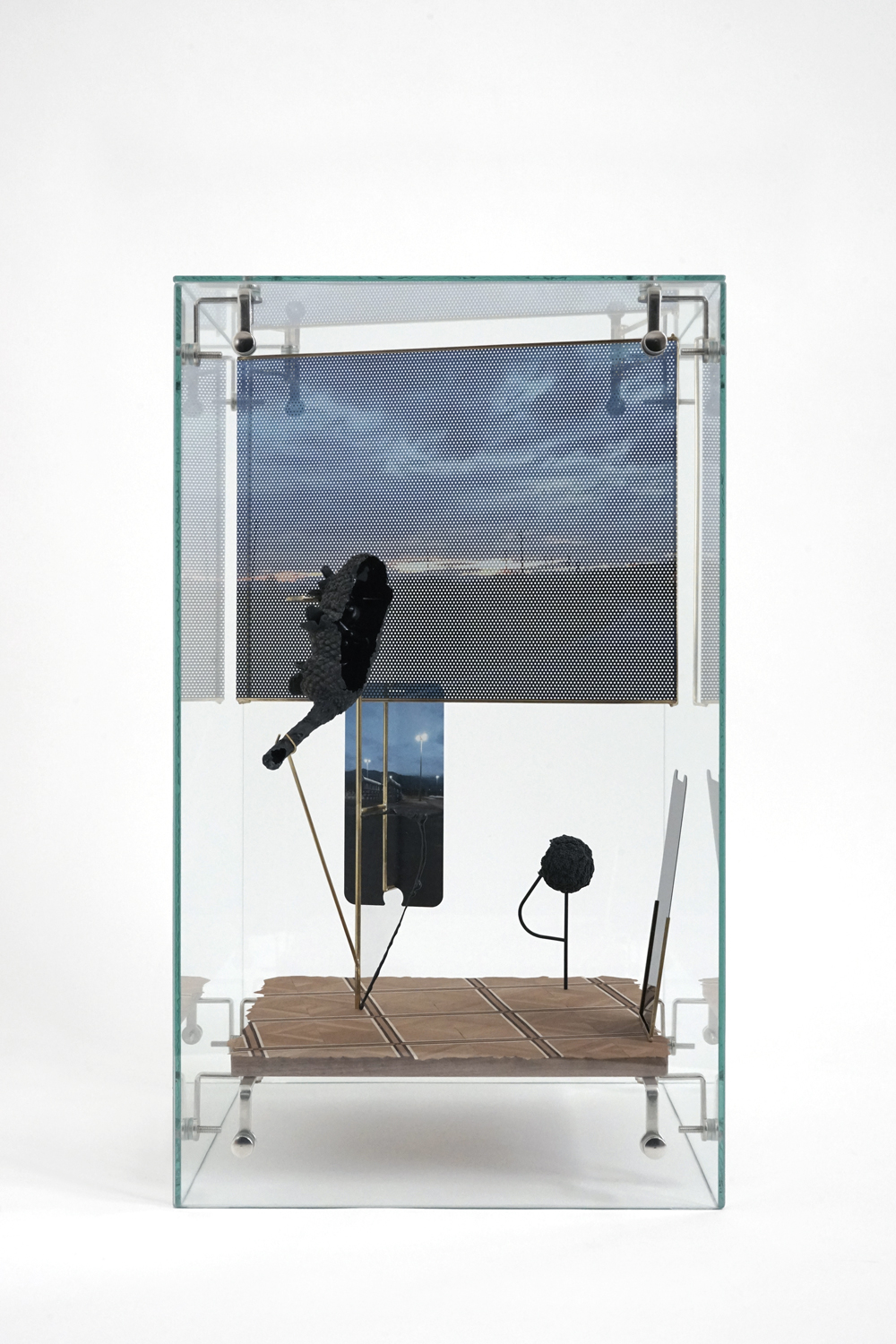 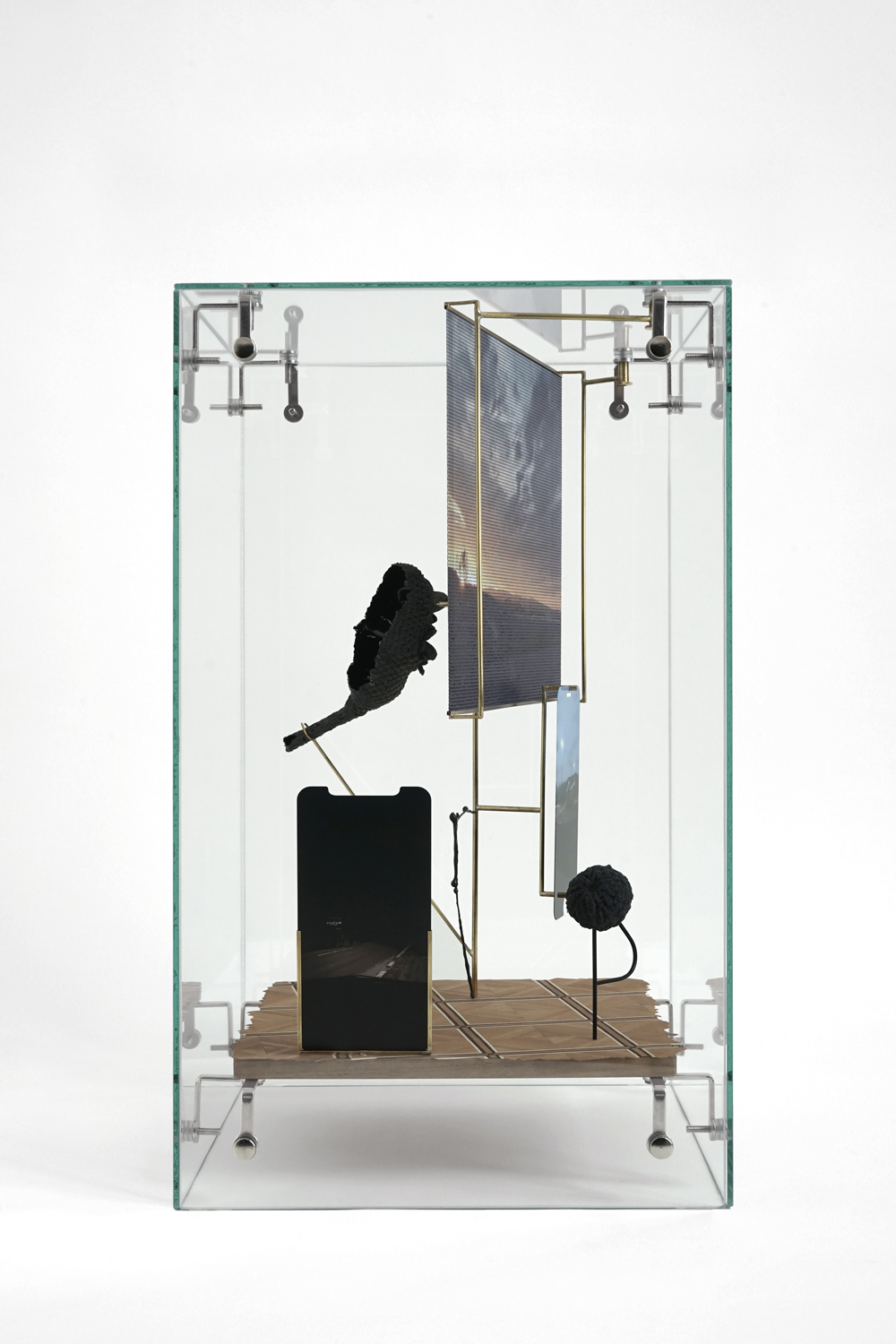 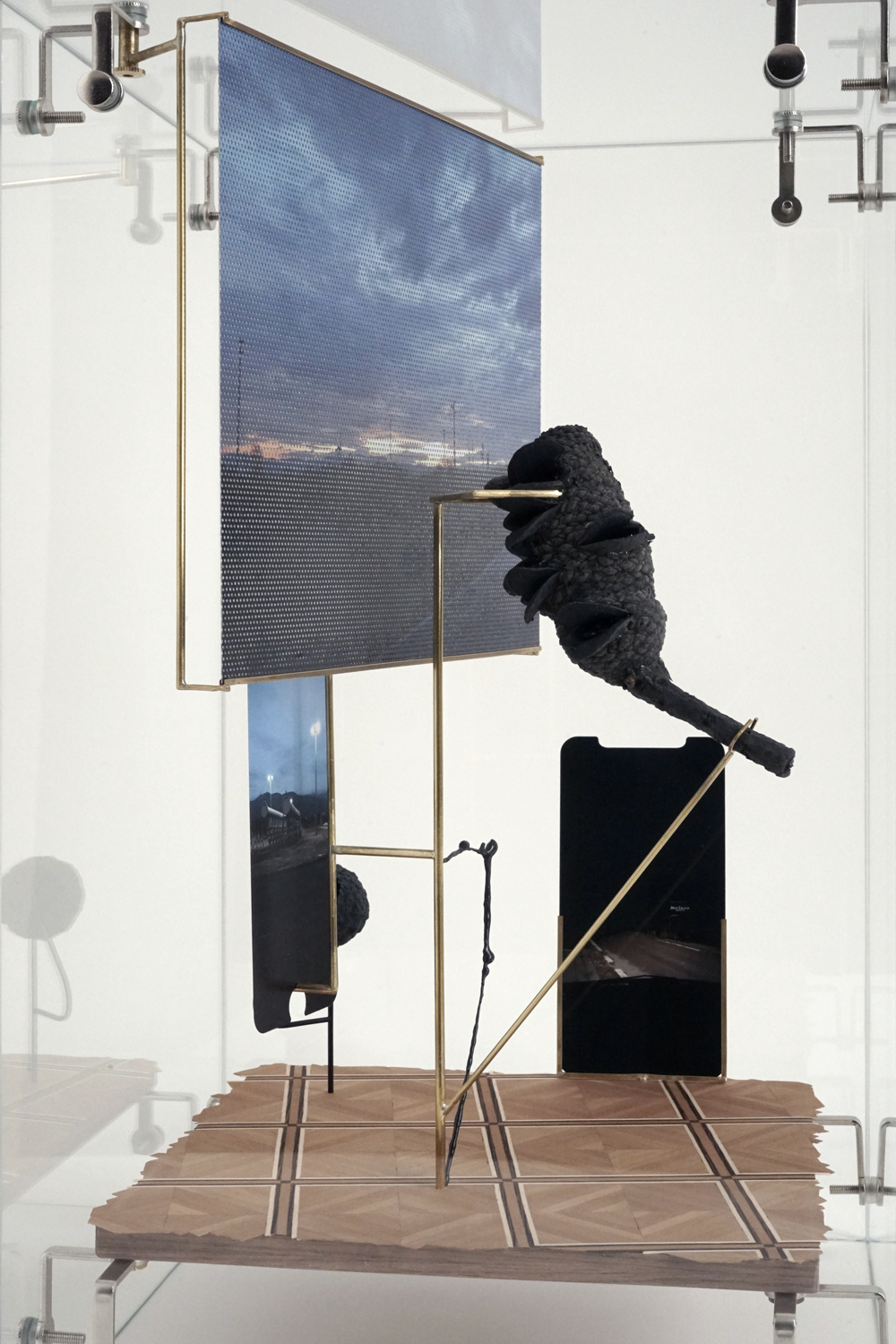 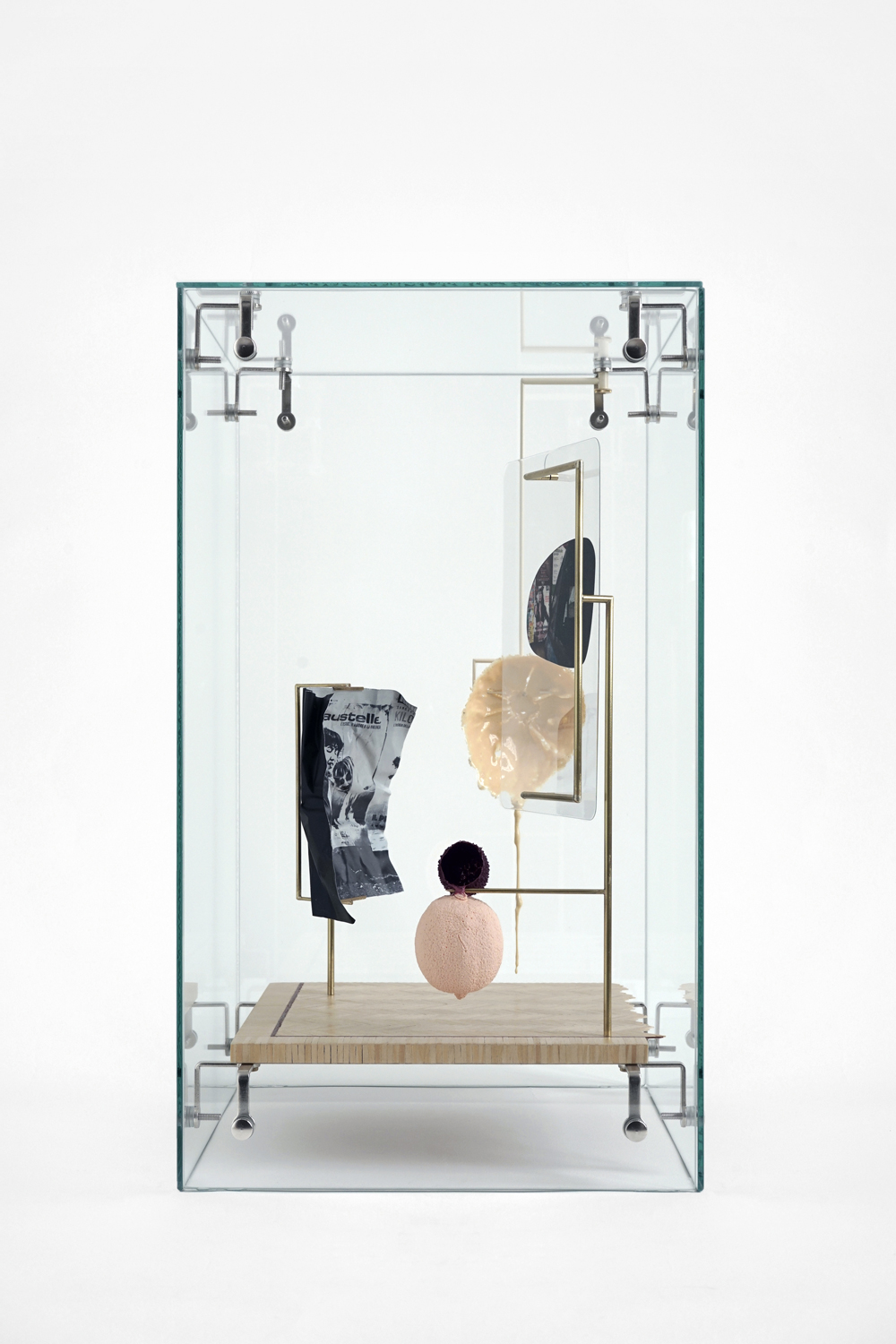 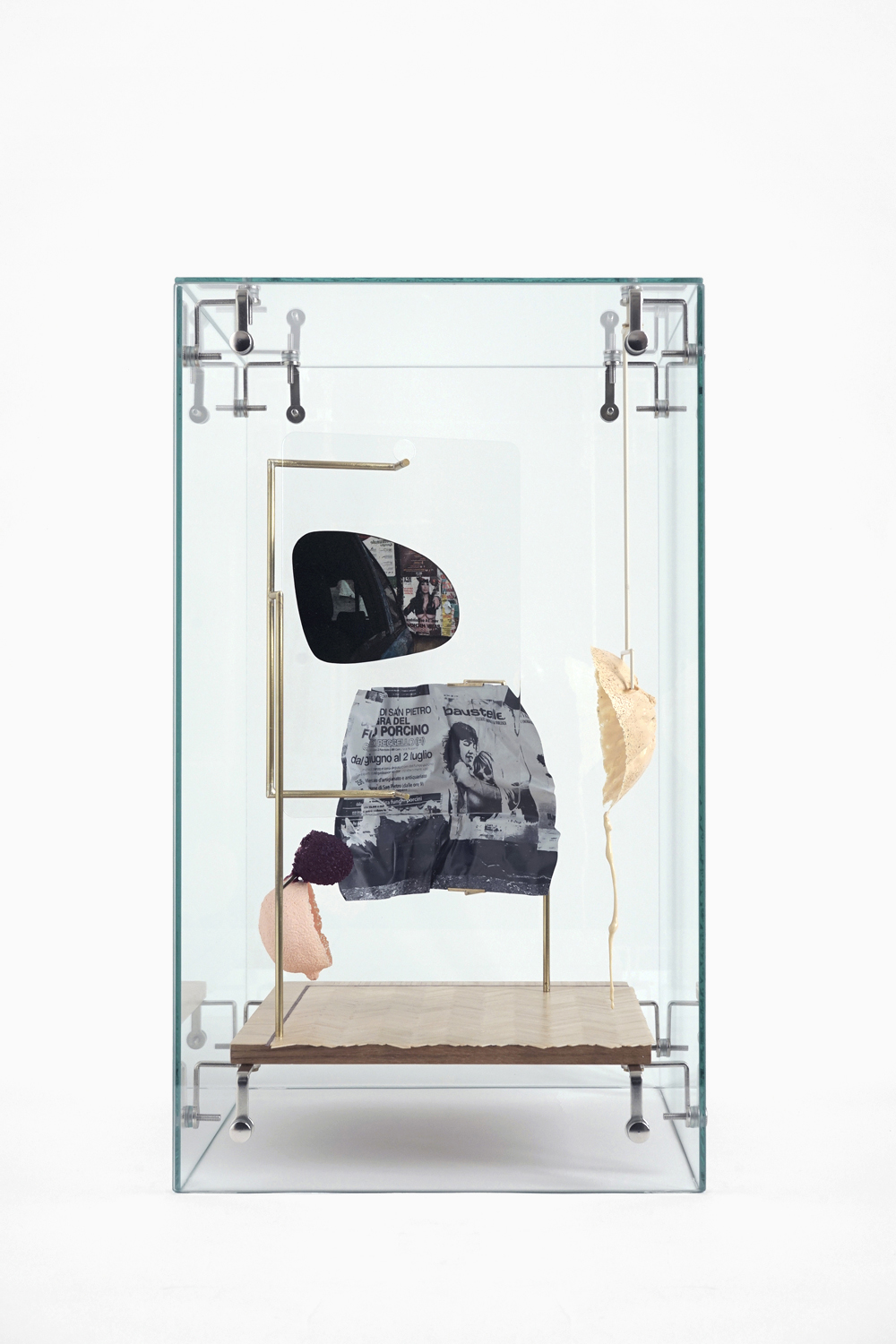 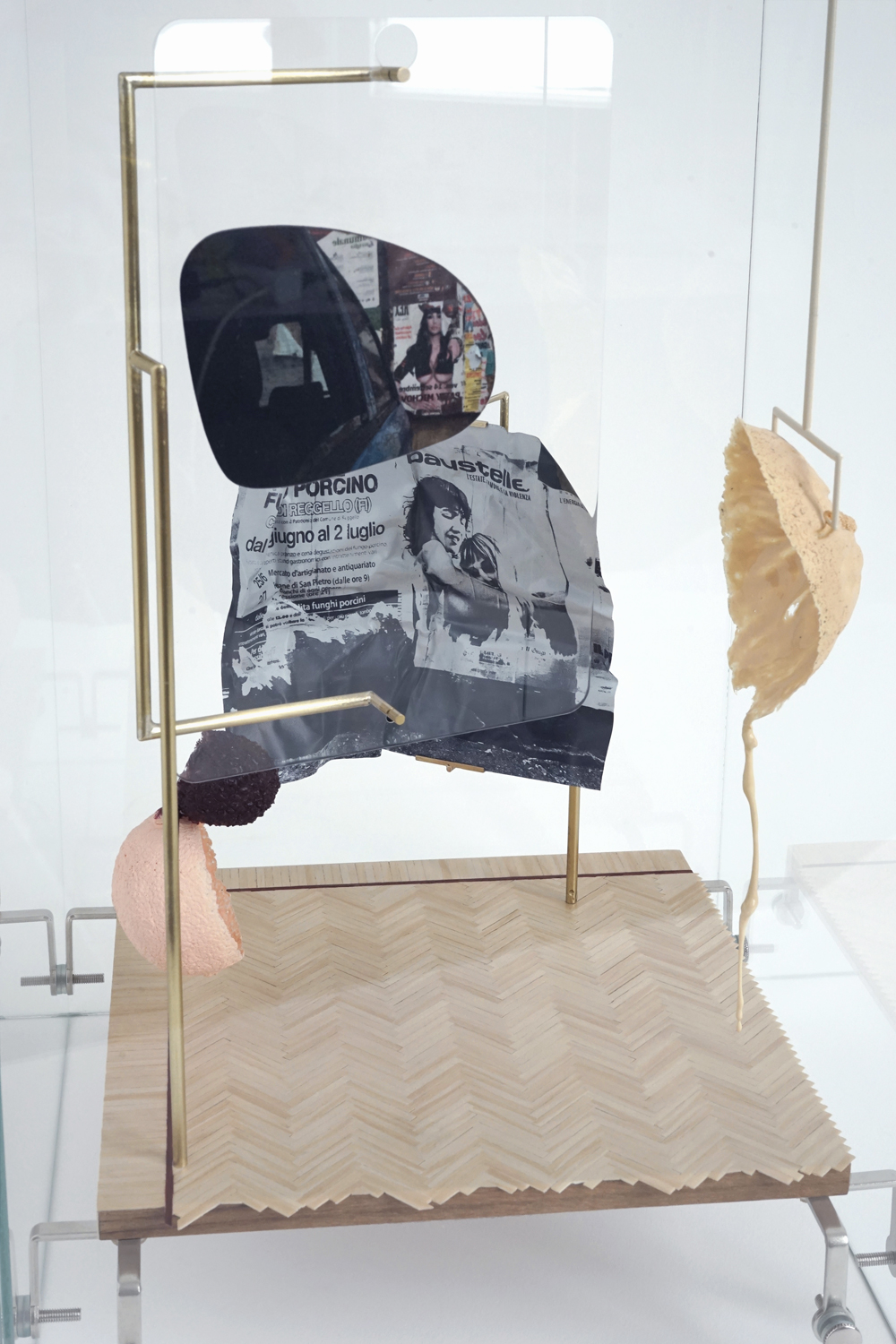 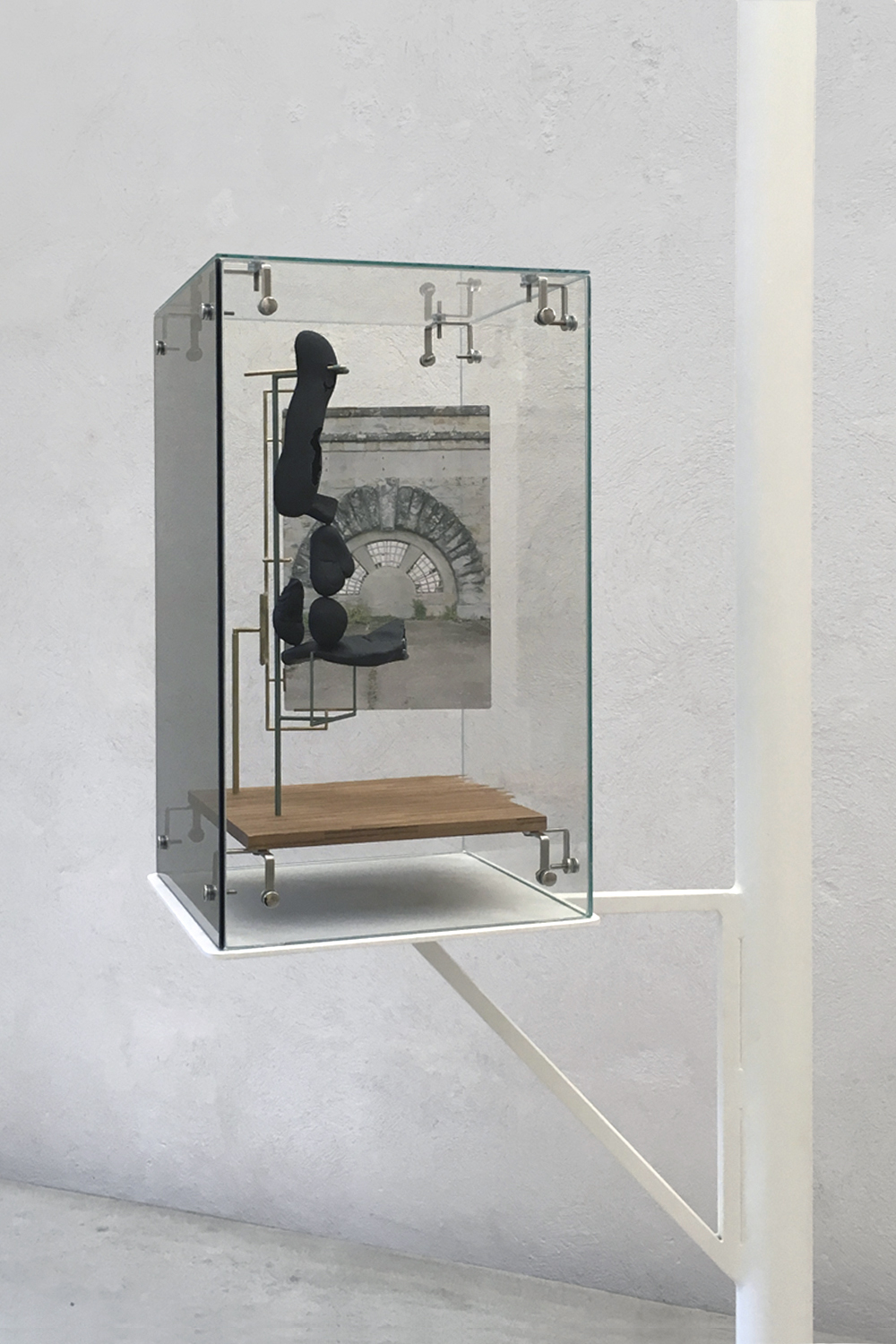 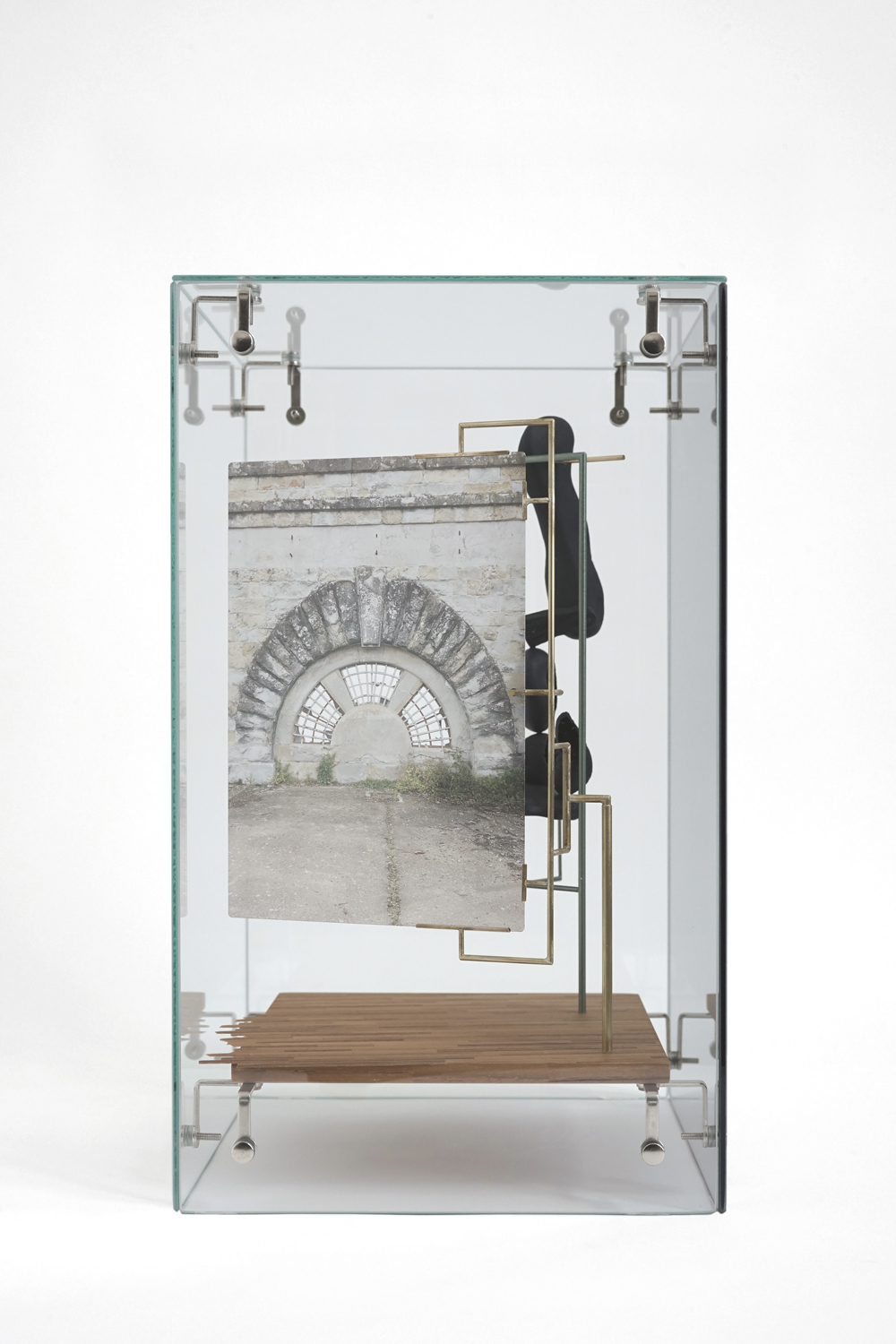 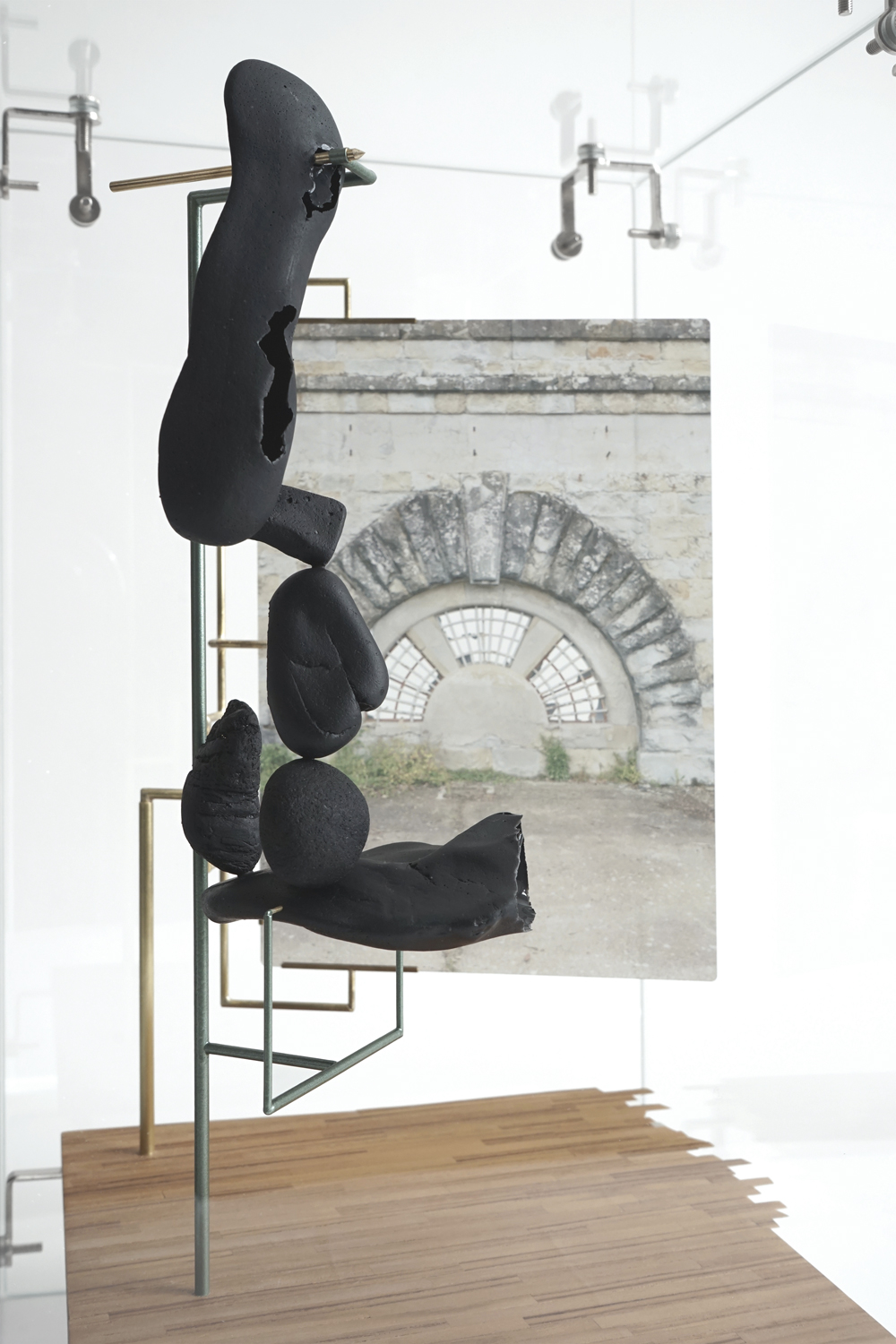