Composed by six separate small sculptures, this is a work about landscape where the inspiration is taken from the universe of miniature trains. References span from the passion for collecting to the dimension of childhood toys, from the idea of miniature to the actual concept of space as a dimension. In this work David Casini takes specific railway system elements -a trellis, a repeater, a rail, an advertising billboard, a lamppost- reproducing them in miniature scale in brass applying delicate shades of glaze. As he did in some of his previous works, Casini nests in the metallic elements few small white minerals which at a first sight may recall clouds or cotton buds, whilst revealing at a closer look a fascinating universe made of shiny tiny stalactites. The still life theme comes back once again in the digital photography element printed on a smartphone screen protector held by a sculptural support. In the background of the image, it is possible to distinguish the sculptural elements composing the work itself while in the foreground two blue-eyed onions are looking at us through the screen creating a bizarre smoke-and-mirrors playful glance. The elements composing this work have been conceived to be freely positioned in different ways, recreating each time a different possible landscape. 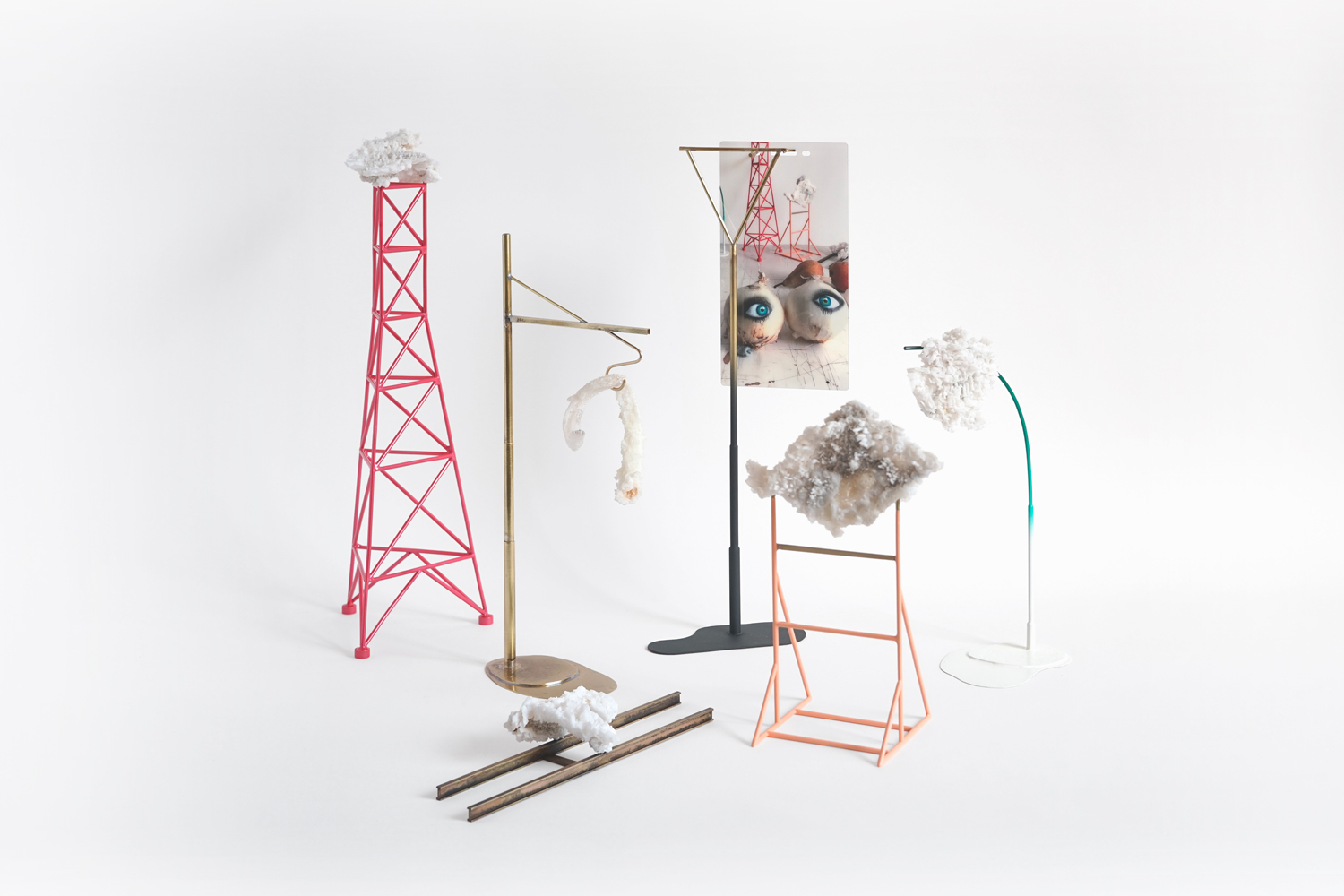 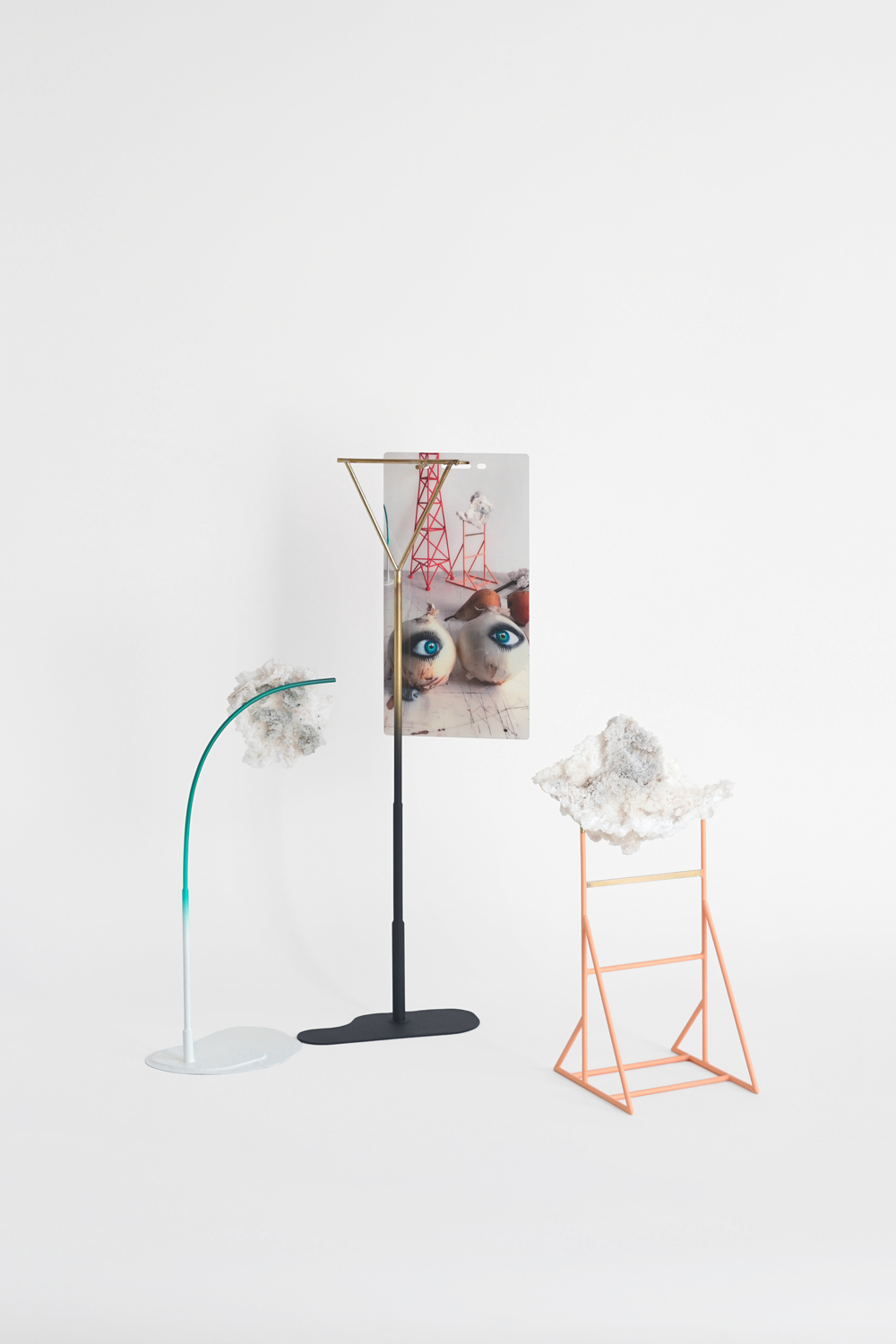 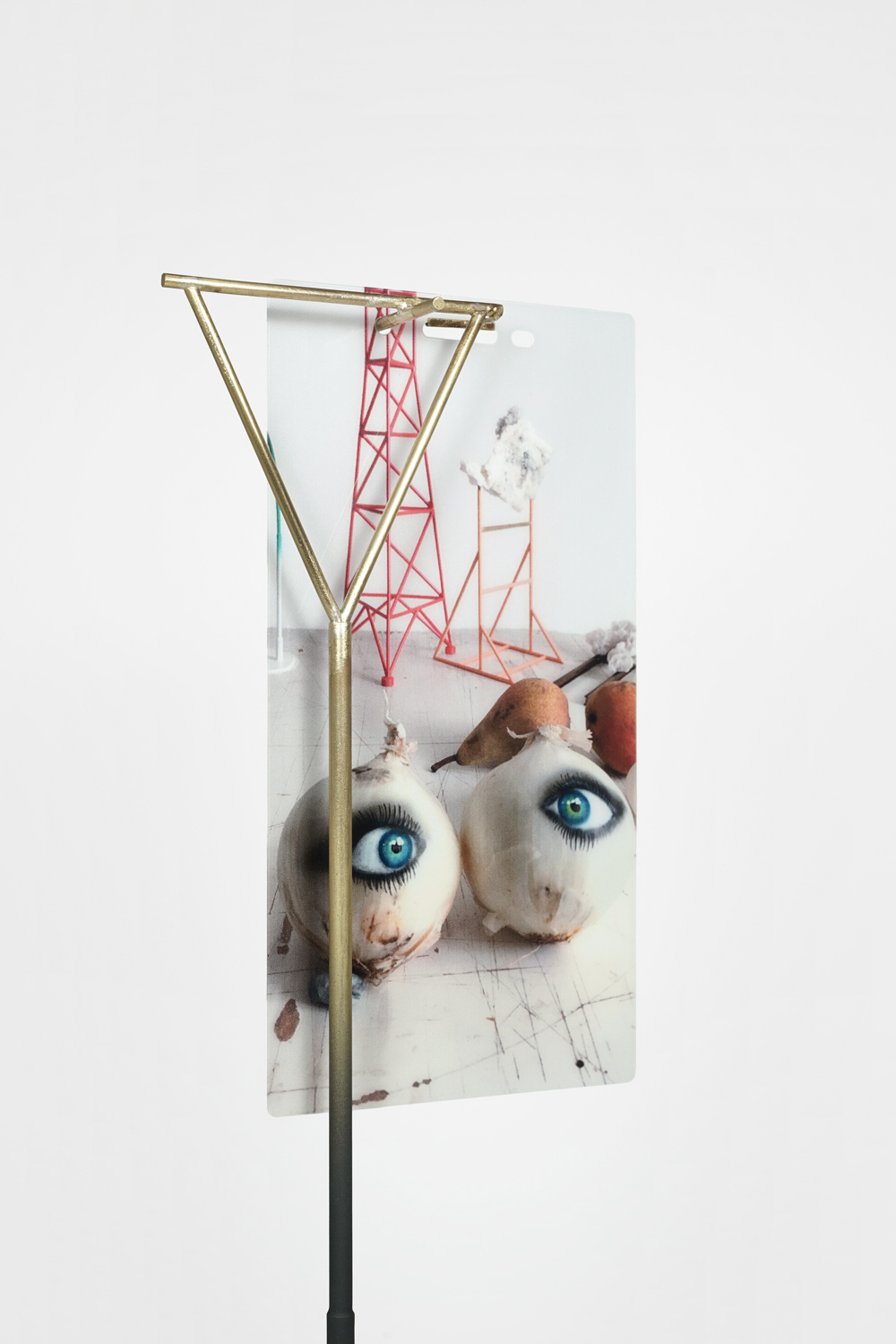 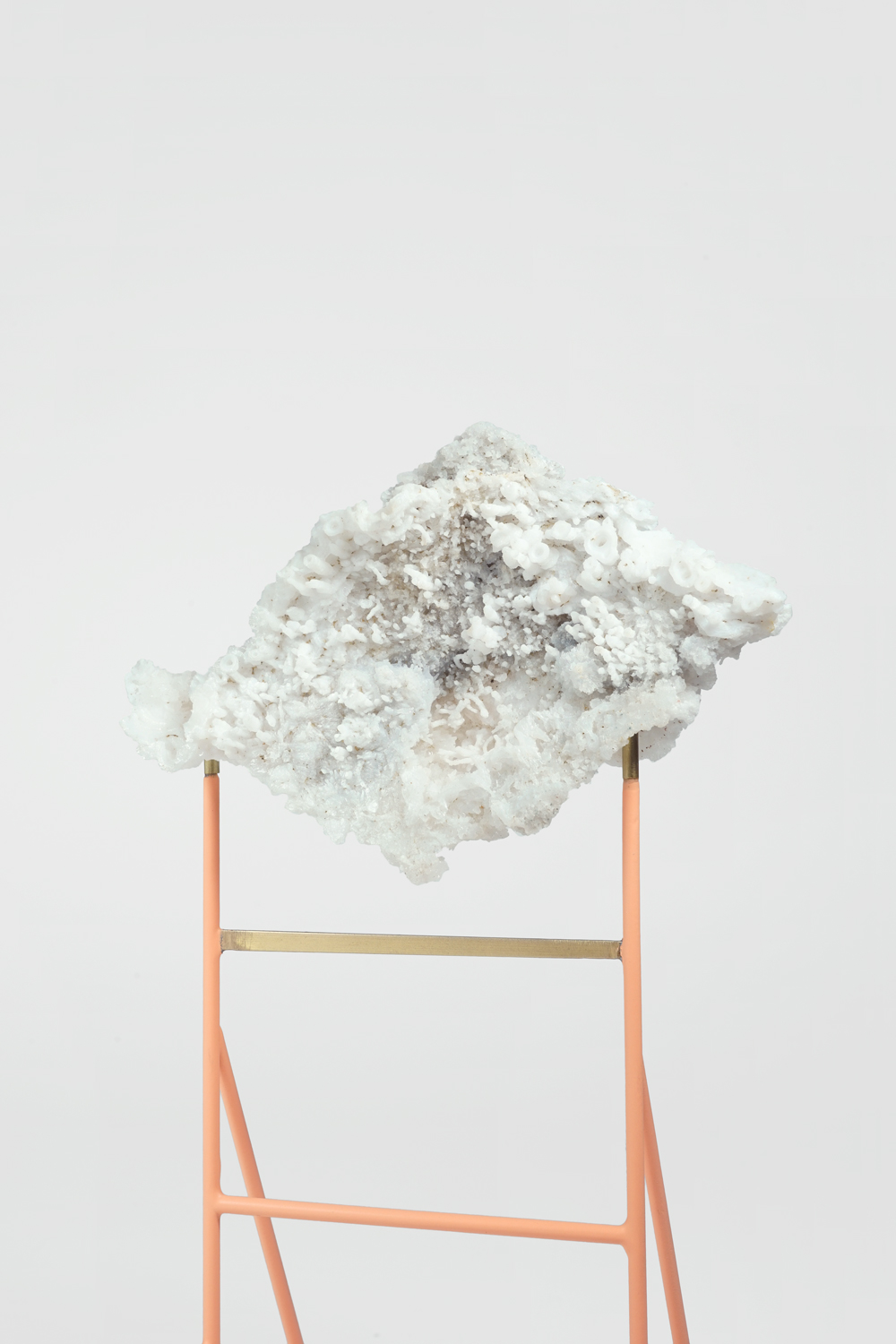 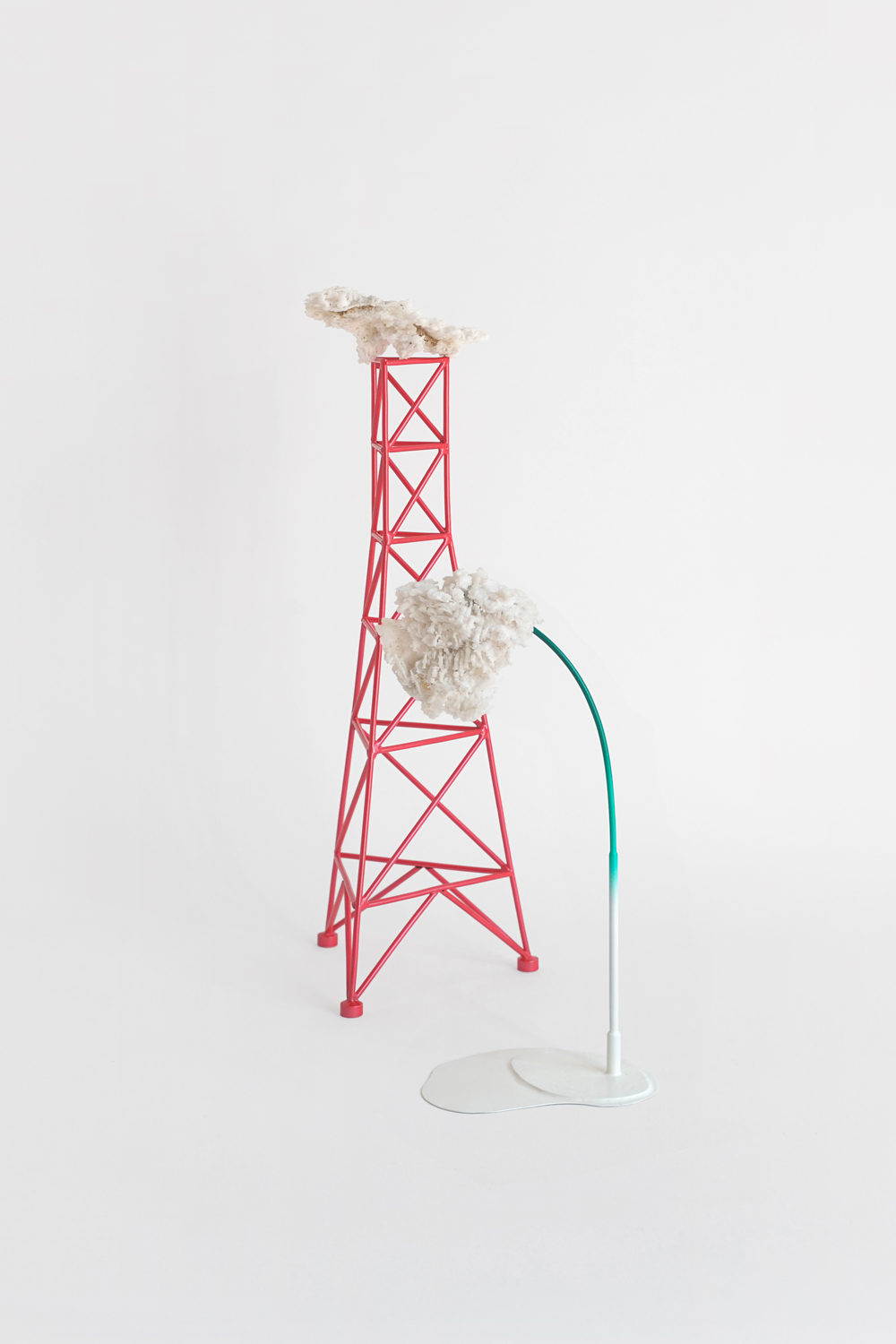 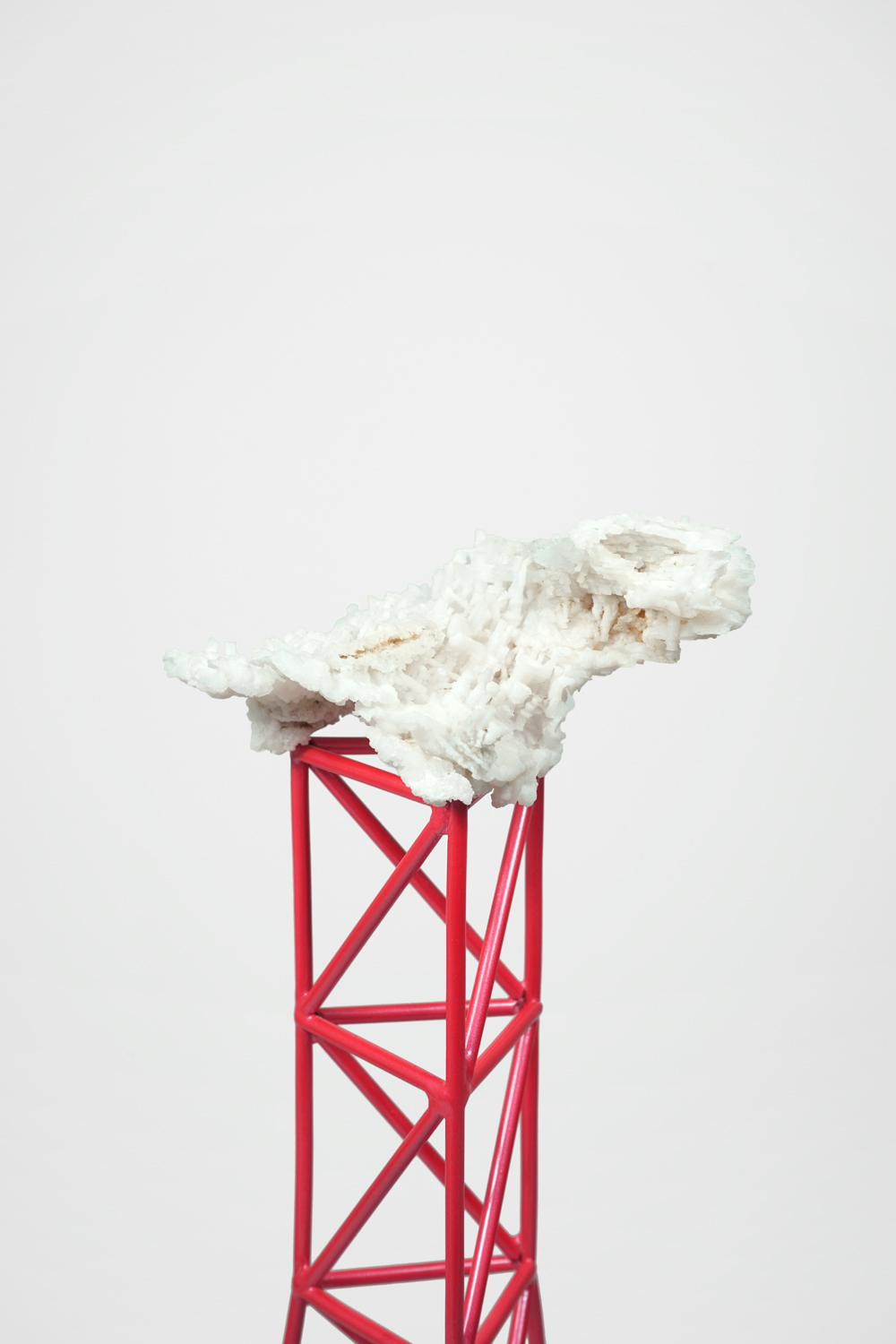 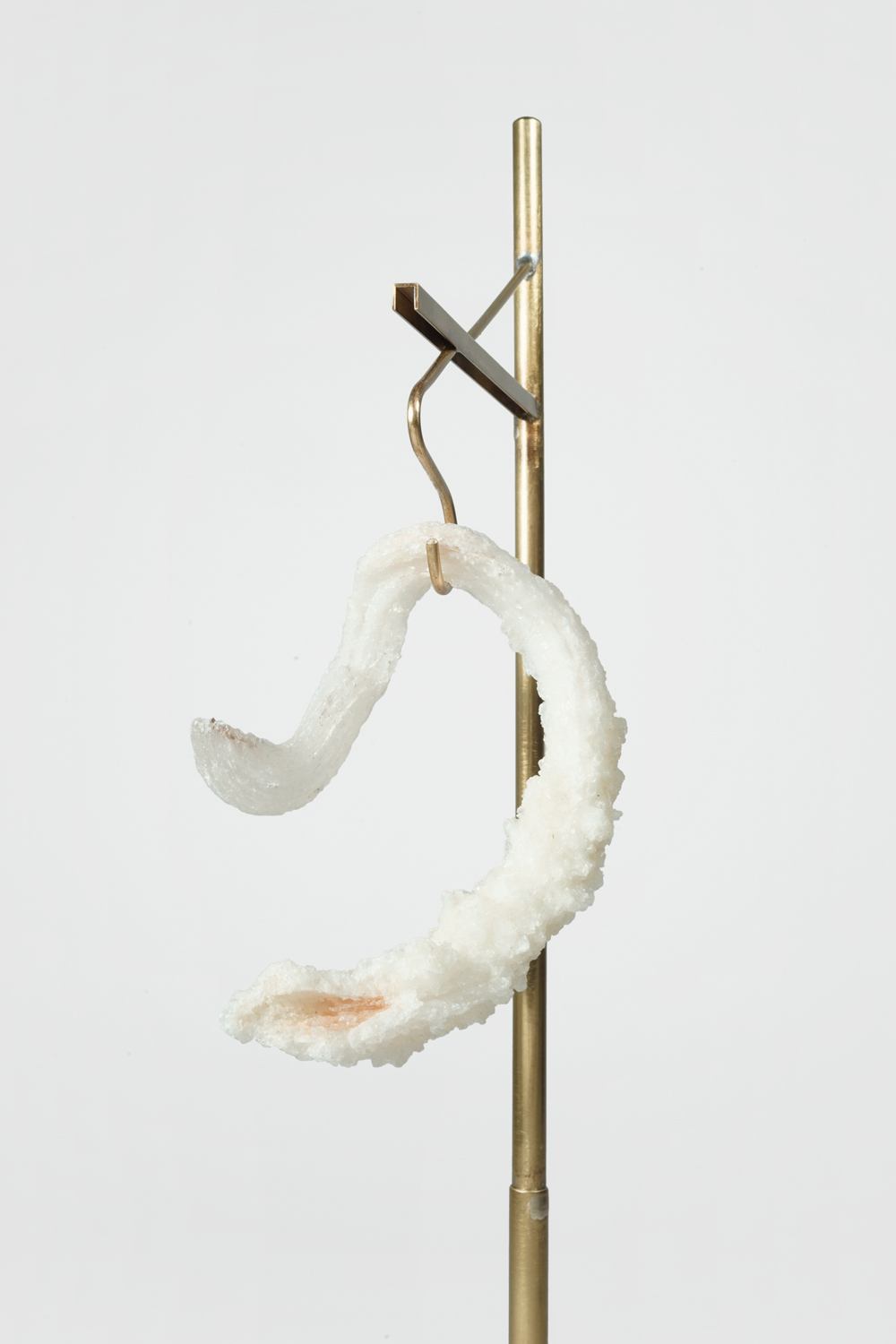 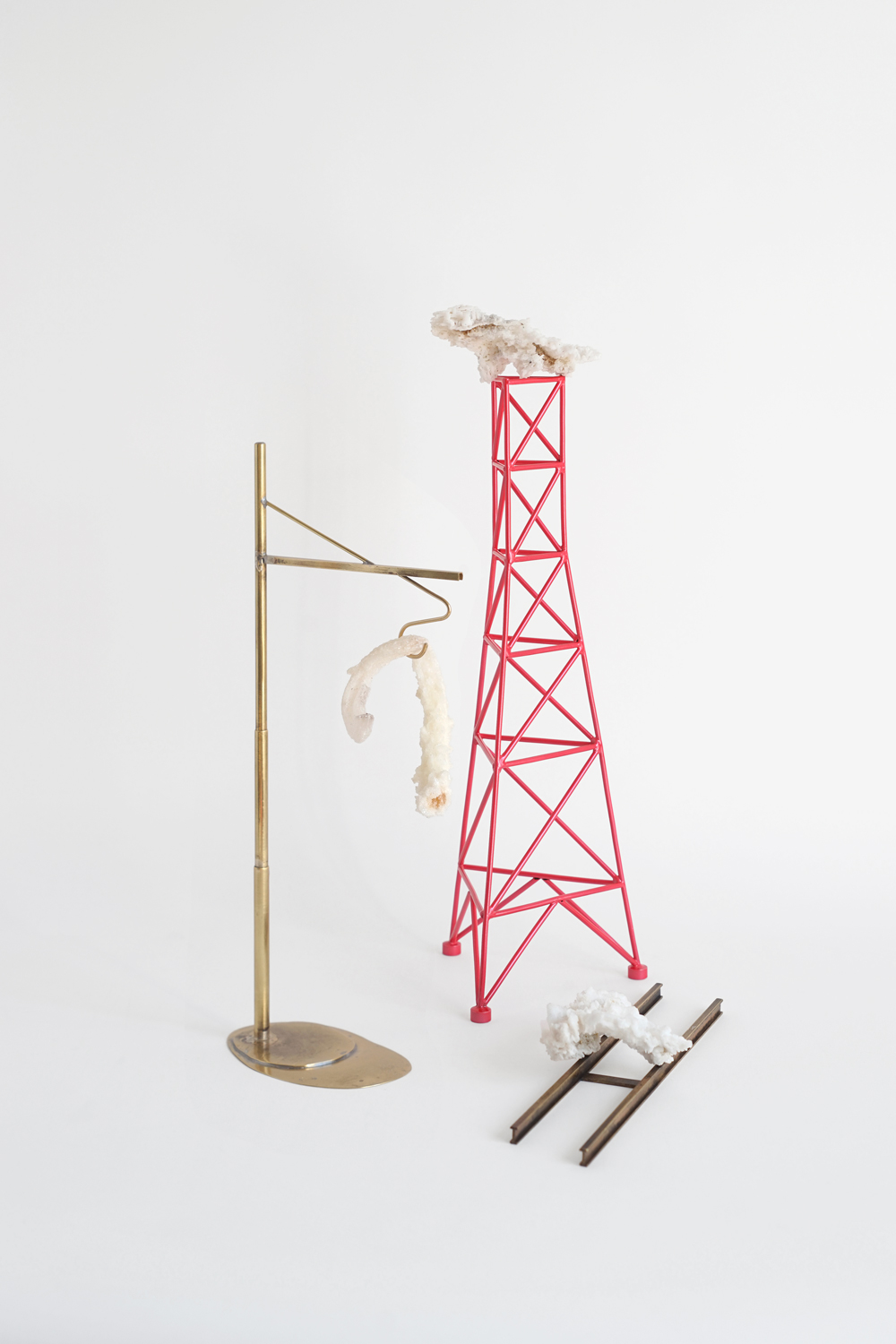 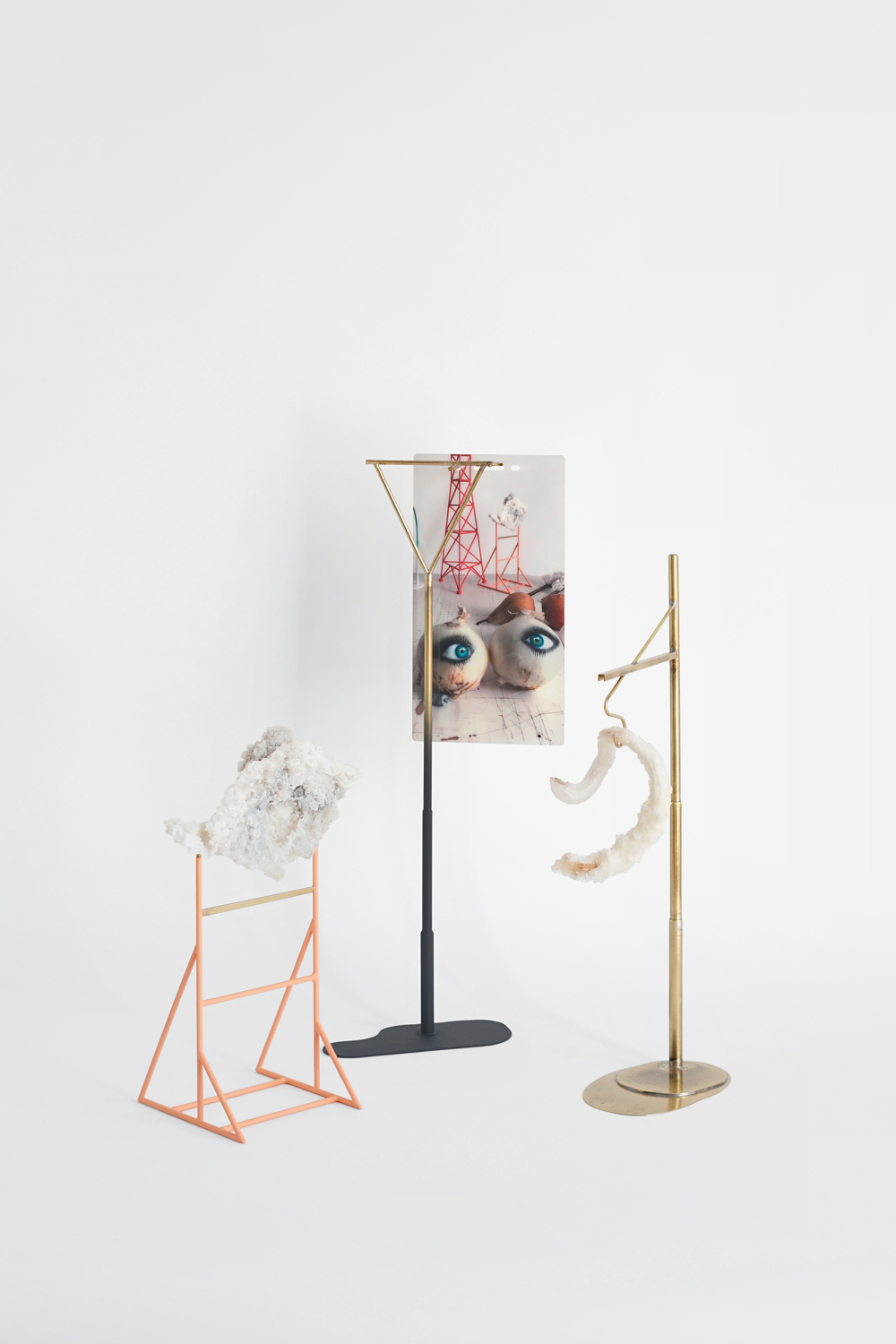