On the occasion of his solo show to the new Car project spaces, David Casini presents “Krystallòs”, a wide-ranging collection of works and a site-specific project that chases its own idiosyncratic idea of eternity.
The Greek word krystallòs gave rise to the Italian word cristallo (crystal). The value of crystals as precious minerals dates back to the ancient civilisations when it was believed that not only their apparent state of eternally frozen water depended on God’s will but also that they contained the entire universe. In this sense the artist, who follows such remote ideas, moulds the freedom of nature to his own will, through which he confines and controls the geometric forms of stones, earth, water, fire.
In general, Casini’s expositive projects are produced with considerable attention given to the place housing them so as to enable a perfect interpenetration between environment and works. The exhibition’s set up is conceived on two levels so that every single work is accessible either independently or as a part of a macrocosm, able to confuse one’s perception to the point that illusion overwhelms reality. The installations have mutable features, the metamorphous vertical sculptures are realized in marble, crystal and ceramics. 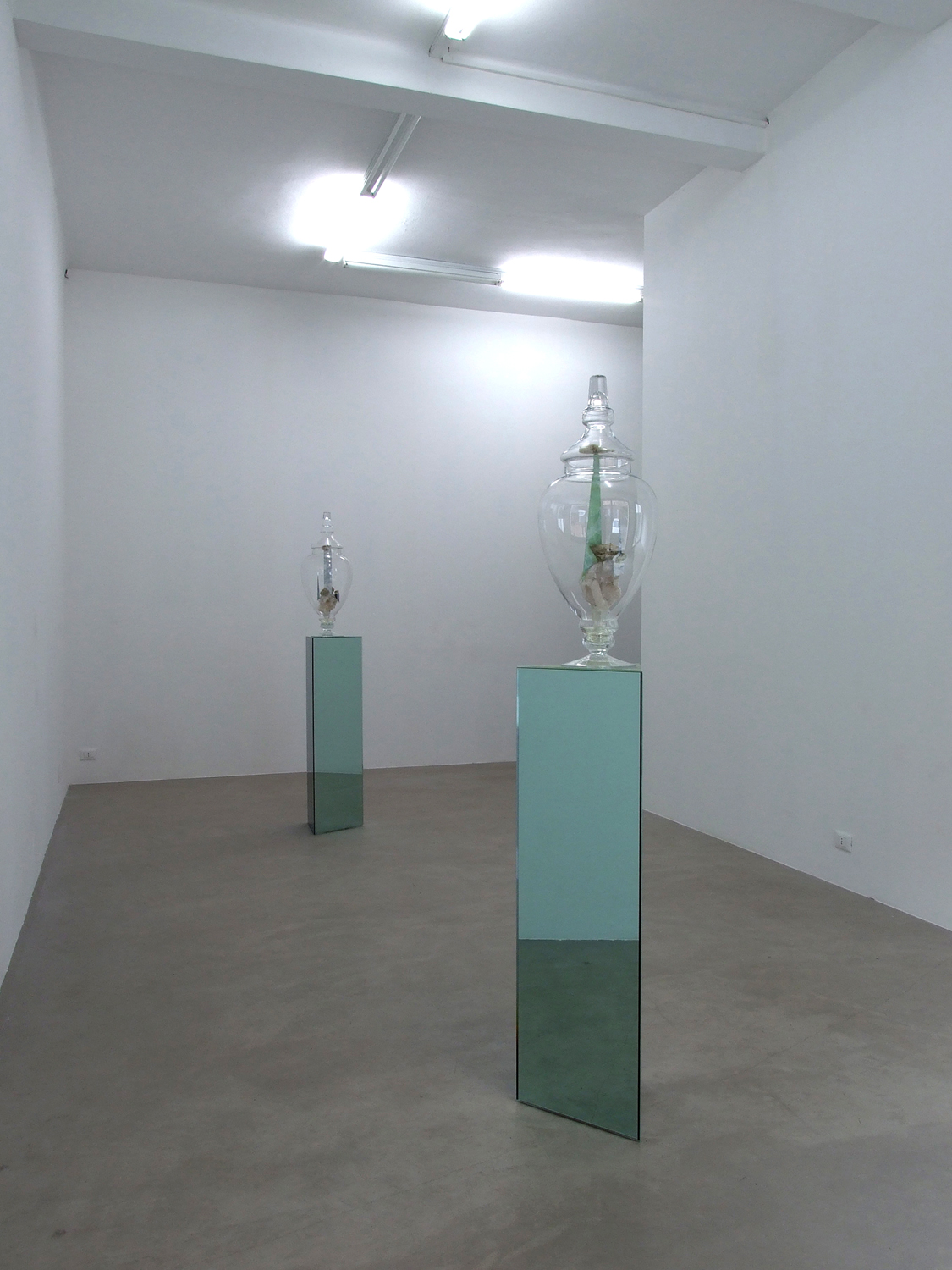 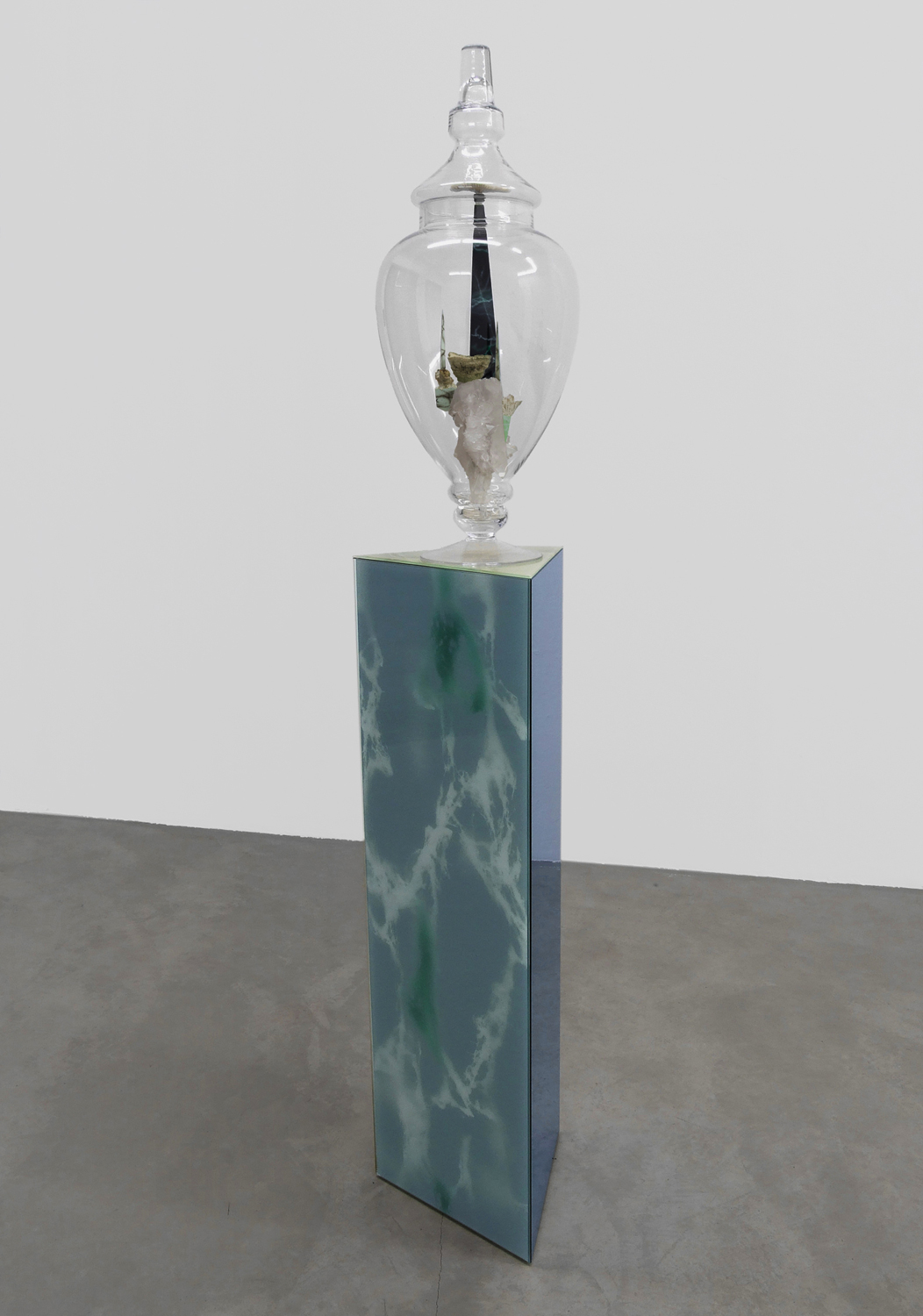 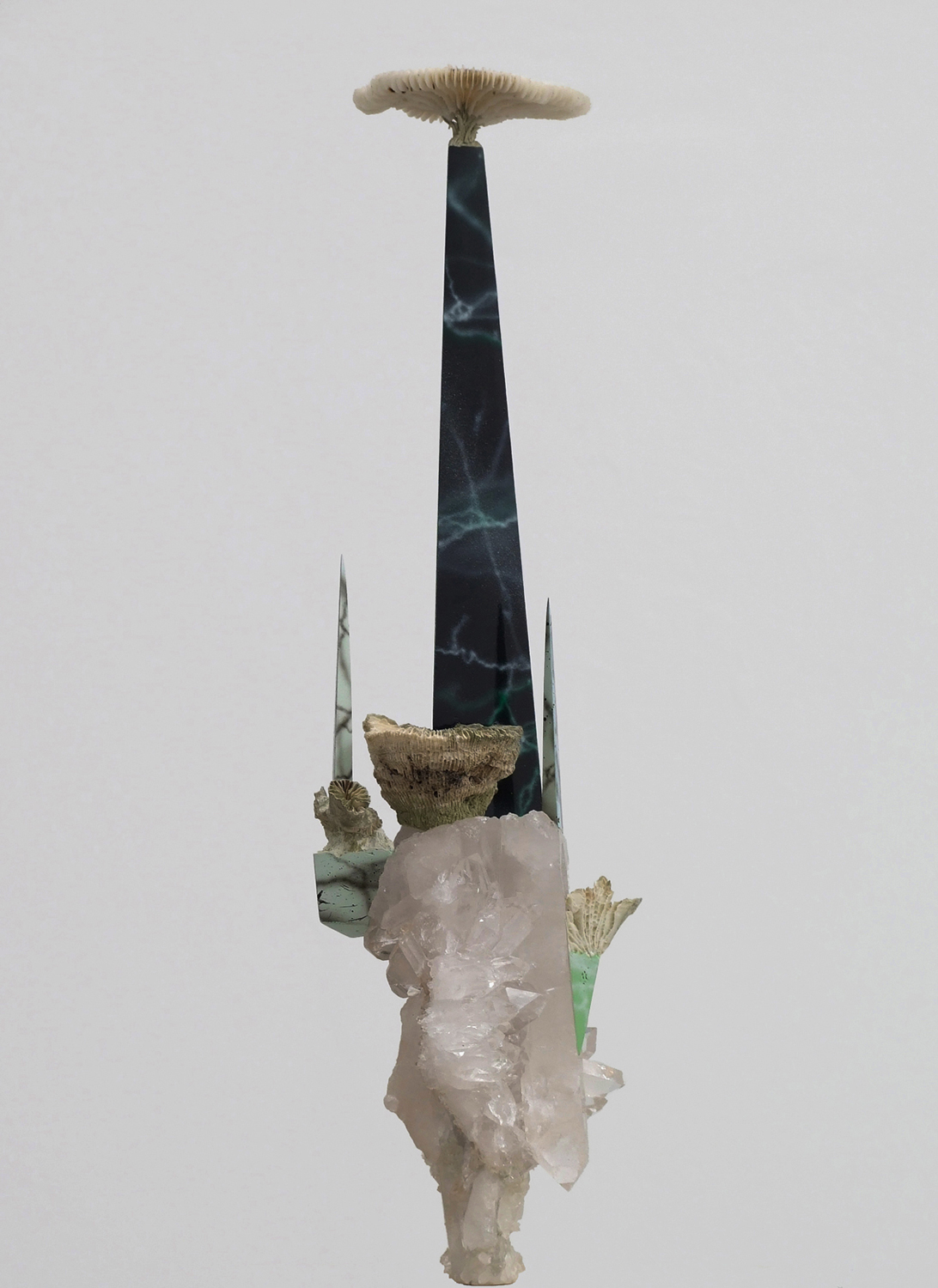 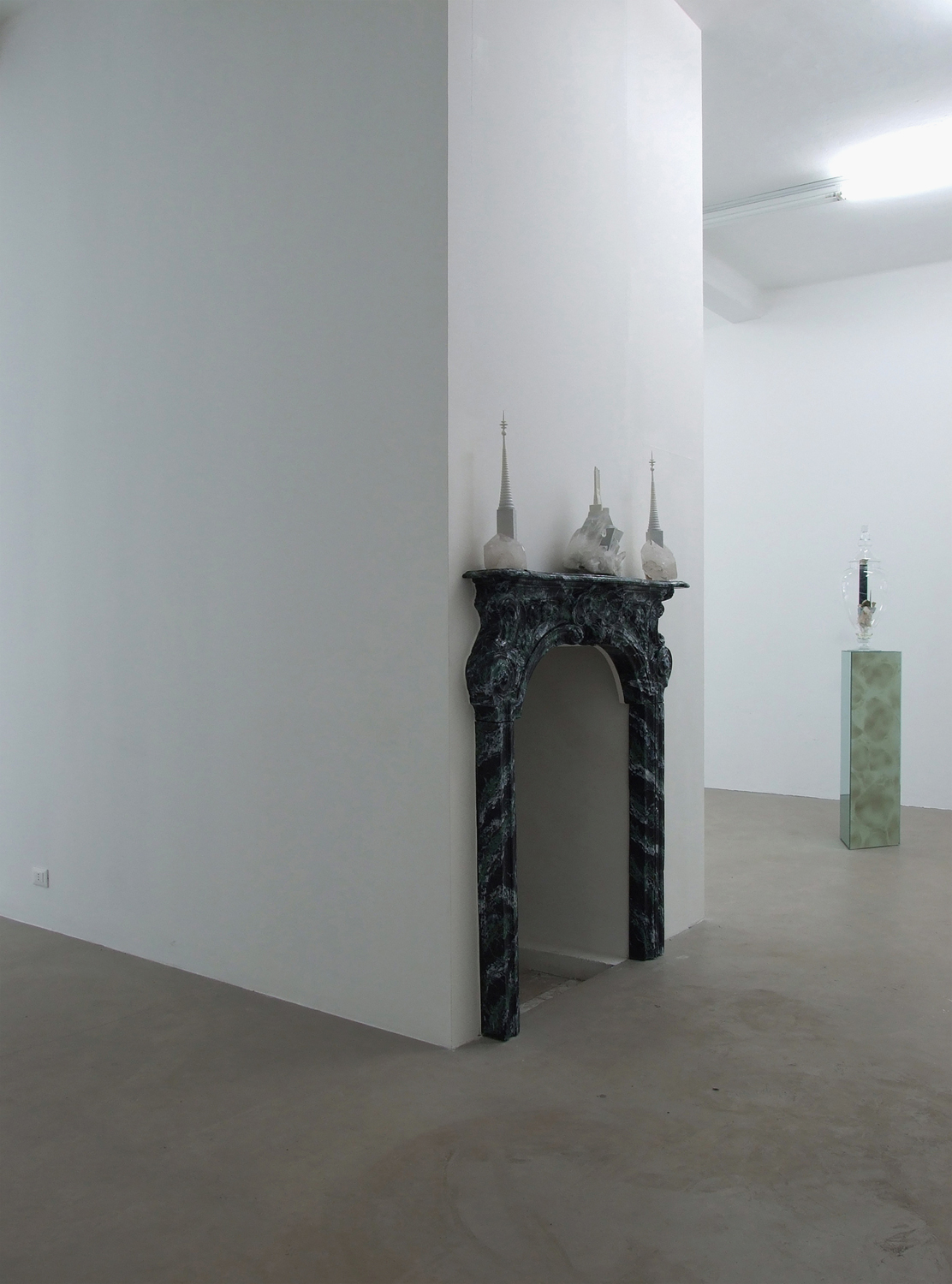 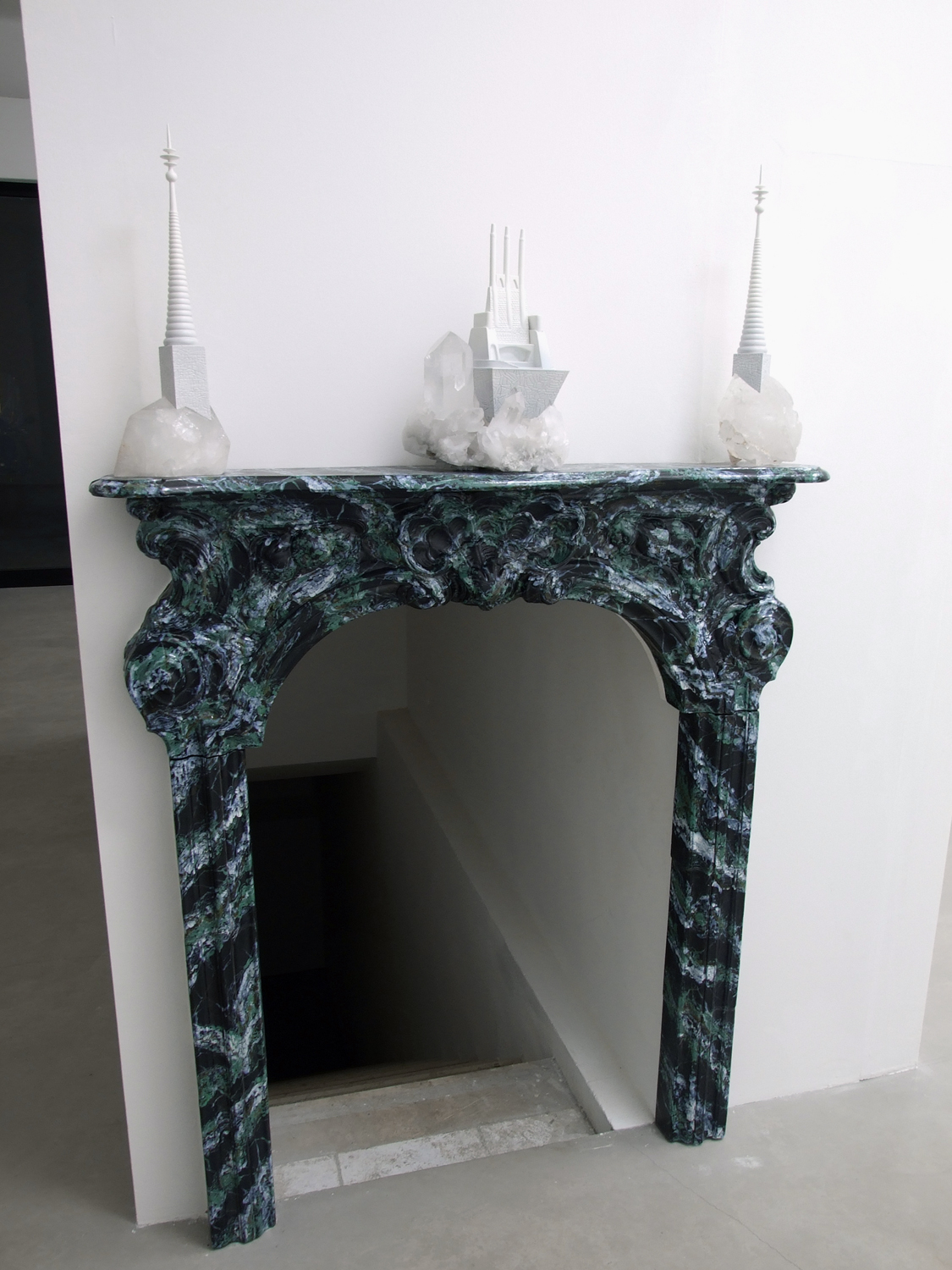 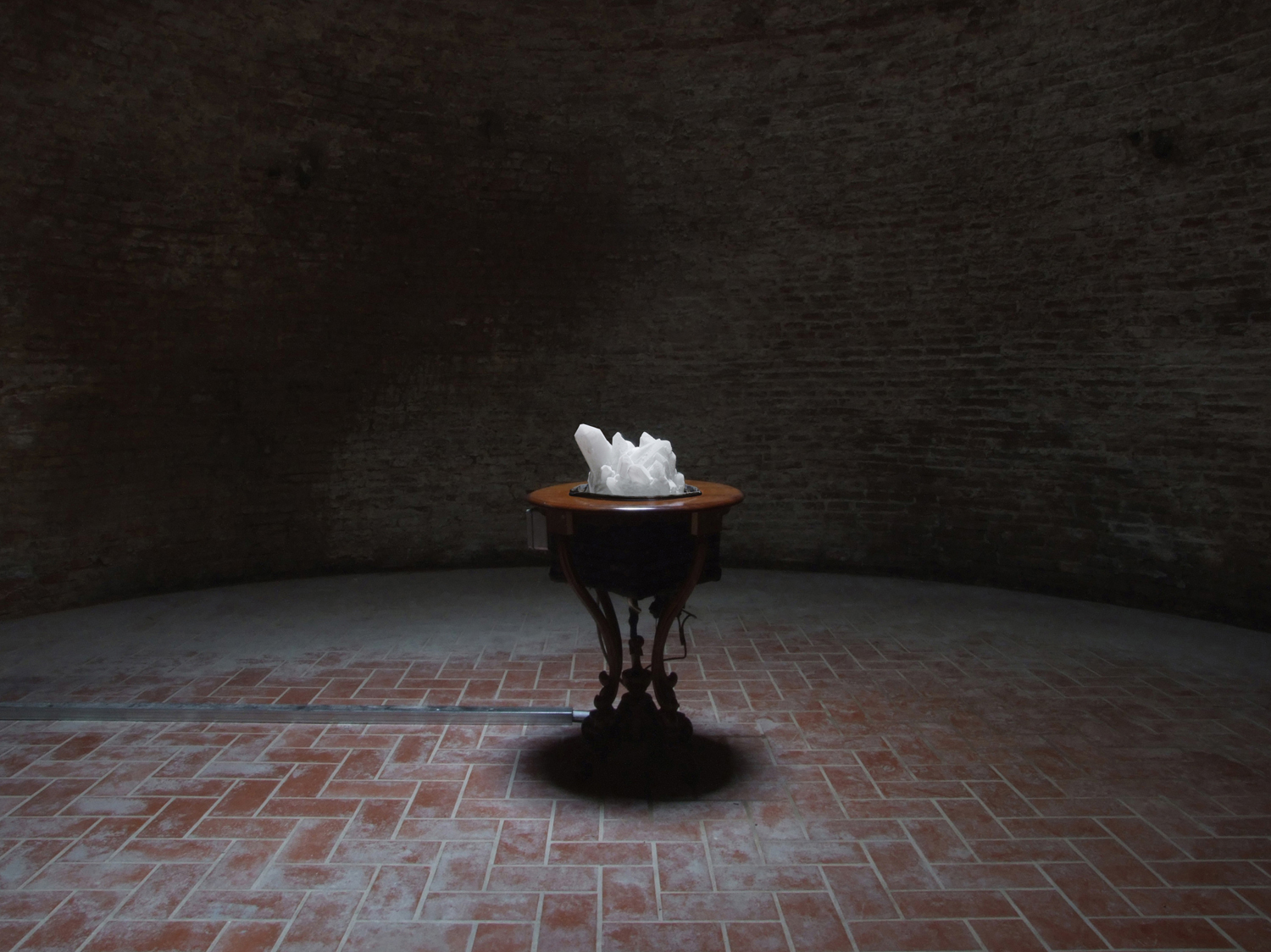 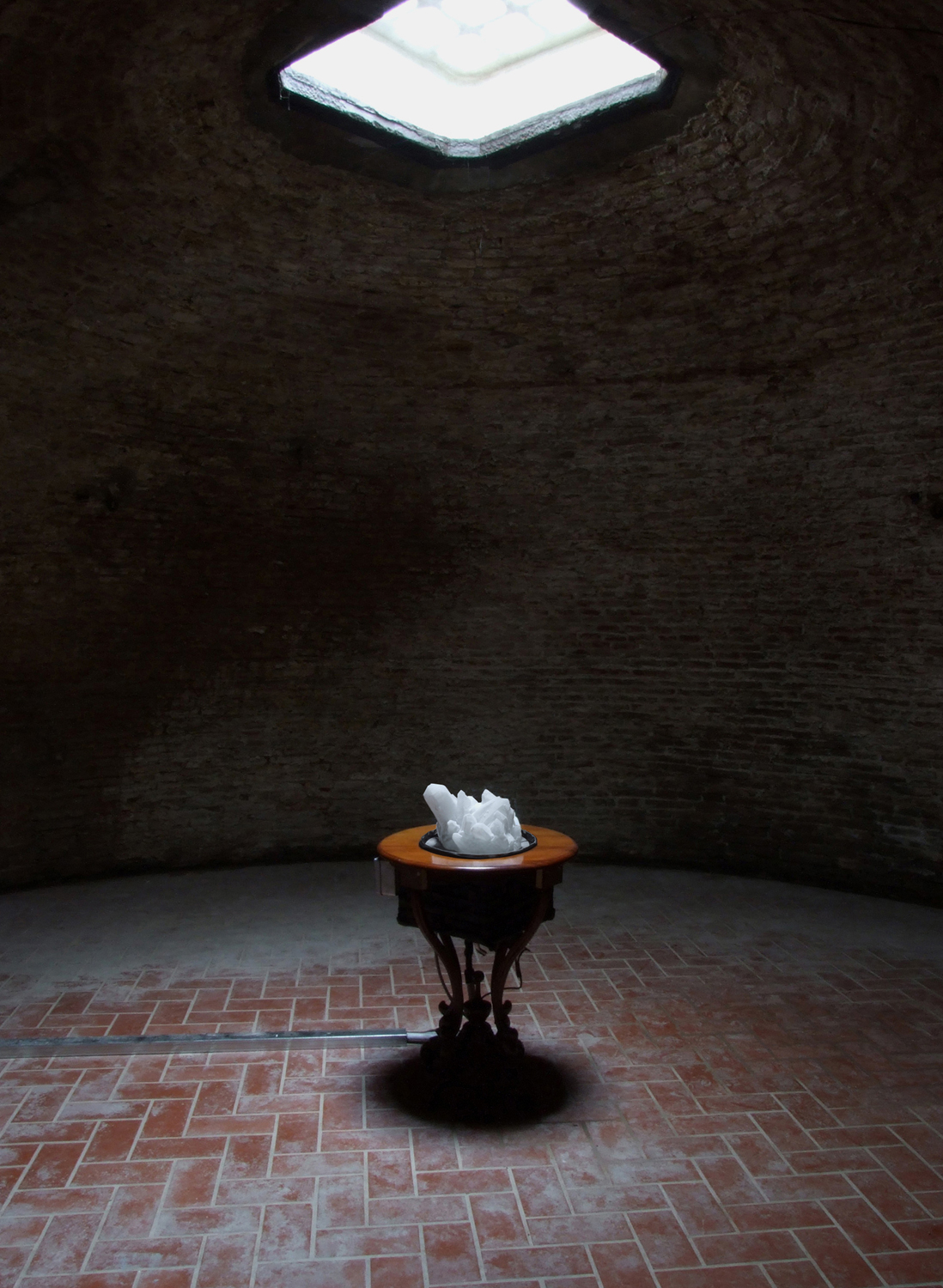 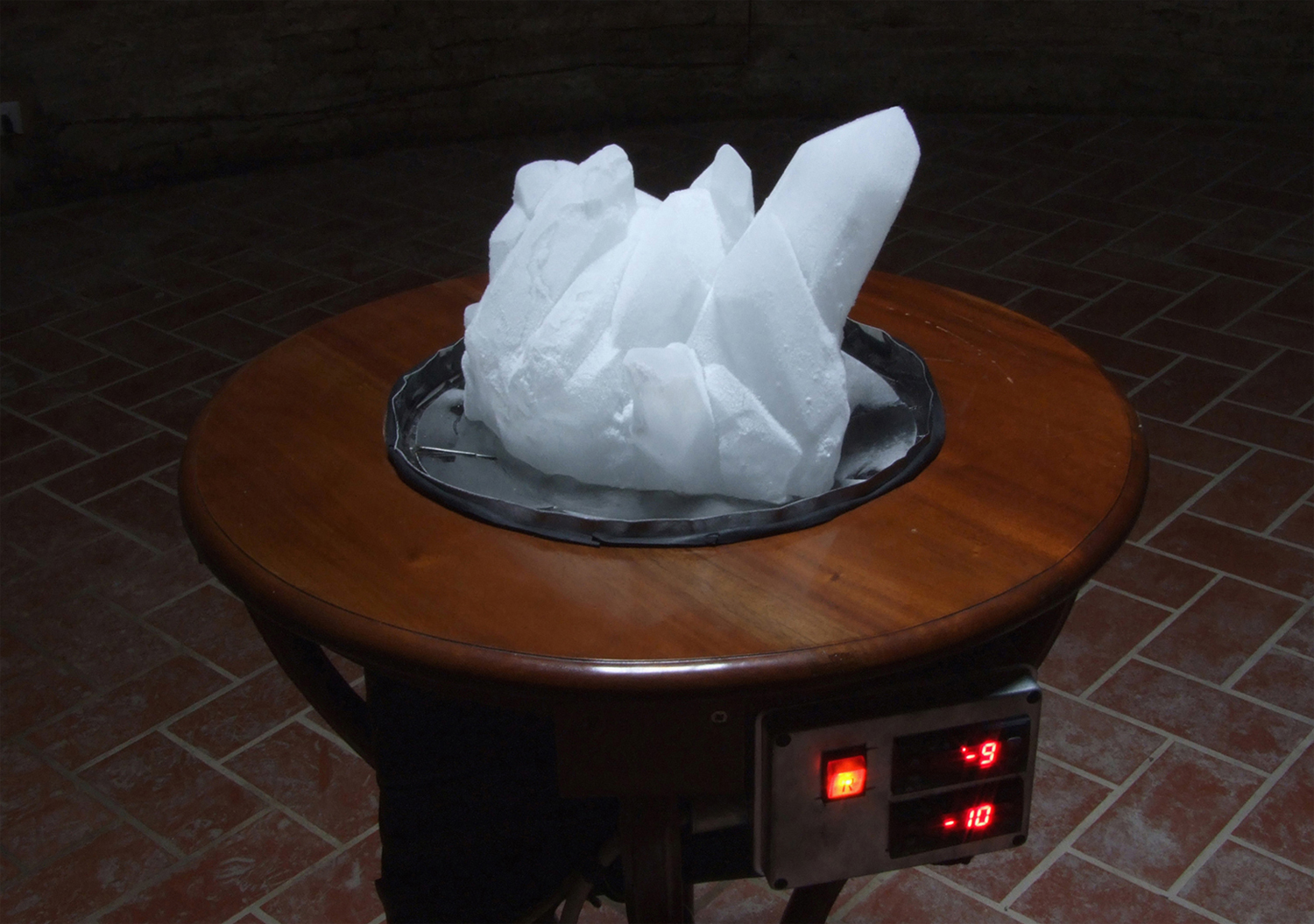